I just returned from my annual trip to the coast and, as usual, I am drowning in images that require uploading, converting, renaming organizing and editing.  Why do I always come home with so many pictures?

Living in the landlocked center of New England I enjoy every opportunity to get back to the coast.  The rocky shores, the beaches, the quaint villages and of course the proud lighthouses all offer photographic choices that are very different from what I enjoy around home.  I love the “Currier and Ives” beauty of my Monadnock regions, but it is refreshing to be surrounded by different opportunities to challenge my eye.

It isn’t surprising that, returning from 5 days on the coast, I have much work to do on the images.  I will be sharing more of my favorites in future articles, but today I want to ask a simple question that arose as I uploaded my images.  Why do I take so many pictures?

It took me a couple of days to upload my images from my coastal tour.  Over five days, I shot over 500 pictures which, at more than 20 megabits each, means that I had more than 10 billion pixels to manage.  I wanted to briefly discuss why it is that I took so many pictures on this, and actually ALL of my shoots.  Is it justified or just a manifestation of the classic “Spray and Pray” approach to photography. I would like to think that there are many good reasons to come home with piles of images.   Given the cheapness of pixels and the availability of inexpensive options for their storage, failure to capture all the images that are necessary is a disservice to the subjects

For many casual photographers, digital imaging has encouraged the tendency to shoot randomly, without careful attention to light or composition. This “Spray and Pray” approach assumes that among the hundreds of images a few will come out ok.  After all, its only pixels and all the trash can just be deleted.   The problem is that this technique removes the photographer from the process and without creative input it is impossible to craft the best images.  If I wish to argue that's I am NOT a spray and prayer, I must suggest a few other reason to shoot mountains of pictures.

Different Angles and Compositions
Perhaps the most obvious reason to capture lots of images is the need to “work the scene”, to explore as many different angles as possible.  I never feel that I have done my job until I have gone beyond the pretty picture postcard view and have explored the subject from different angles and perspectives. I typically start wide and then steadily move in on the detail.  Not every angle works, but I keep them all, because you just never know. 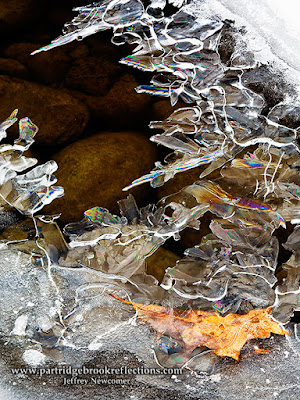 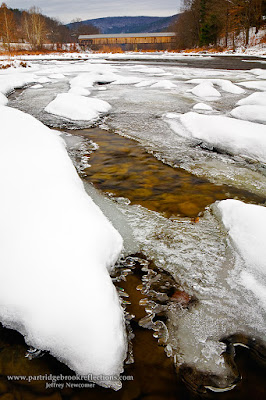 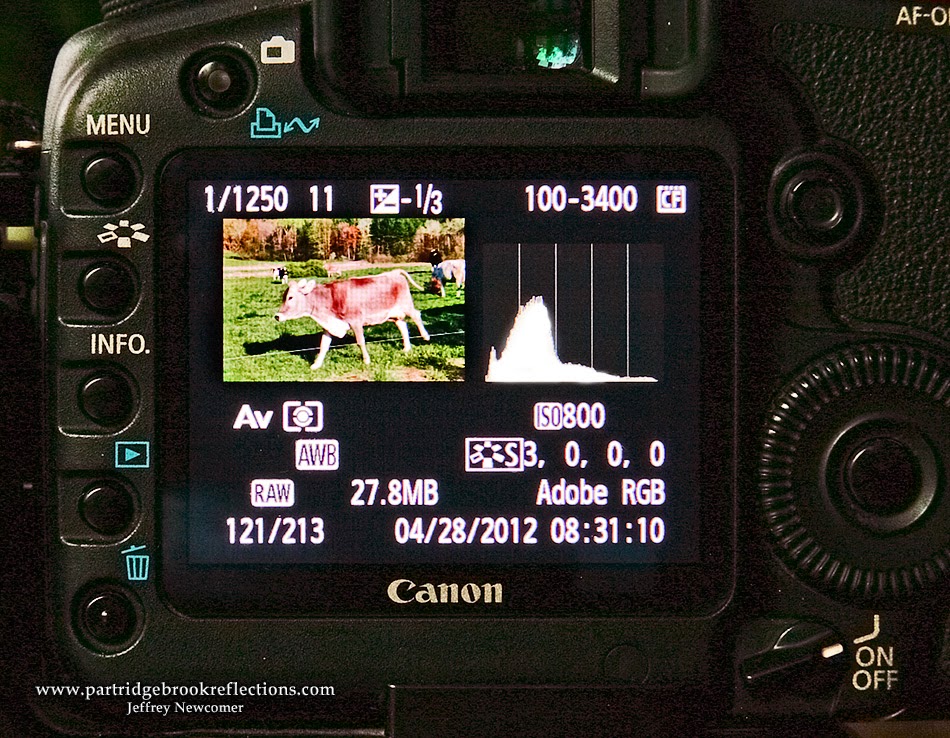 Back in my film days, I routinely bracketed my exposures.  Transparency film is famously unforgiving and I almost always grabbed one image above and one below the metered exposure.  Today, with the instant feedback of the Histogram, it is much easier to nail the exposure.  I still may take several images until I get my “perfect” histo, and I admit that I am not as rigorous as I should be in deleting the trial images – You never know.

This leads to a discussion of the collection of multiple, varyingly exposed, images gathered

in anticipation of crafting an HDR picture.  This can require 5, 7 or more images, or just two, one exposed for the shadows and another for the highlights. It is somewhat like my old film bracketing, and on occasion, I will find one among the series that has sufficient dynamic range to be used on its own.  Of course, that doesn’t mean that I will throw the others away – You never know.

Focus Stacking
Given the exposure control offered by digital photography, most of my current bracketing is based on obtaining a range of focus points.  I originally referred to this as “Focus Bracketing”, until I discovered that everyone else was calling it “Focus Stacking”.  “Stacking” refers to the ability to achieve impossibly wide depth of field by stacking together image layers with different focus points.

I often use focus stacking in situations in which extreme DOF is the goal. For almost all of the rest of my Images, I routinely grab at least three pictures, focusing on the foreground, mid-ground and background.  Again, I often find one of the images that captures sufficiently sharp focus throughout, but of course I keep the other images- You never know. 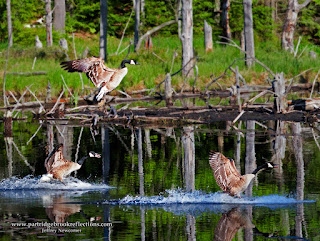 Any time, when the scene is changing, multiple images can be important for catching the perfect moment.  Running animals, flying birds, and racing athletes, are why your camera’s burst mode was created.


Last weekend, I was reminded of another use for bursts of images, the capturing of the waves.  Several years ago, I placed myself on a precarious

outcropping to shoot the waves crashing on the rocks of Pemaquid Light.  It is never possible to reliably predict the moment of the most dramatic waves. By the time you see the perfect crashing wave, it is already too late to capture the event. The best that can be done is to shoot bursts of what seem to the most promising candidates. Before I was forced to run from the rising tide, I shot more than 70 pictures, to catch just two that were “heroic keepers”.  That is atypical ratio.  I should have thrown the others away, but you never know.


Finally, when taking group pictures, I always take multiple images.  There is always at least one person in every group shot who is talking, yawning or picking their nose.  As I click away, I ask the crowd to stay still, and then I can usually find an acceptable picture of the nose picker to clone into the final image.

Getting a Steady Shot
I go through a careful checklist of procedures to try to capture perfectly sharp images.  Equally important to sharp focus, is the requirement to hold the camera steady.  This is especially important when trying to handhold shots with longer shutter speeds.  My hand-holding technique includes the positioning of my body, cradling of the camera and a careful finger roll shutter release but still the pressing of the shutter button can introduce a slight vibration.

To help with this I tend to take a burst of at least two images on each shutter press. I’m not sure how much it helps. Sometimes the first image is the sharpest, but it makes me feel better, and I never - ever know. Obviously, this is not an issue with a cable release on a tripod, but I still have to remember to turn off the image stabilization feature.

The Picture Glut Equation (With acknowledgement to the Drake Equation)

Ok, that is just a partial list of my excuses for bringing home so many images.  I am sure there are others.  Of course, many of these excuses can apply to the same scene progressively multiplying the pixel pile.  The Bug Lighthouse picture required about 90 images, including several for focus stacking of the lighthouse and rocks, many to obtain the best waves, and several to capture the ferry in the best location. 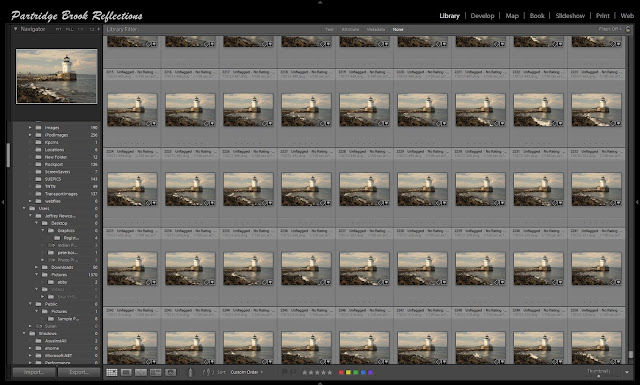 My picture glut formula may be loosely expressed as:

Of course, not every scene requires all of these factors, but let's put in some conservative, but totally reasonable numbers for an imaginary landscape scene:

It is amazing that I came home from the coast with so few images.  The point is that digital photography makes it practical to use as many images as is necessary to render the best representation of the scene.  Although they both involve taking many pictures, this careful, deliberate process could not be further from the careless, random approach of "Spray and Pray".

Now if I can only force myself to get rid of some of those extra shots!
BUT, You just never know!

Posted by Jeff Newcomer at 9:45 AM