Find Rather Than Search

Art is not Truth
One of my favorite quotes about art comes from an interview that Picasso gave in 1923.   Translated from the original Spanish. He said;

“We all know that Art is not truth. Art is a lie that makes us realize truth, at least the truth that is given us to understand. The artist must know the manner whereby to convince others of the truthfulness of his lies.” 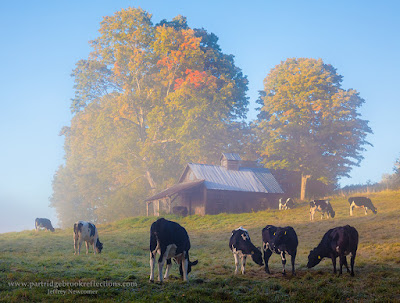 Although he was referring to painting, I think Picasso’s statement is a perfect response to those who complain when any style of photography is seen as failing to accurately record the” natural world”.  I can think of no higher goal for my photography than to convince others of the truthfulness of my lies.


Wow start the counter on how many times I use that quote!  It should be sufficient to stop here and let Picasso’s profound reflection sink in - blog done for this week!!? 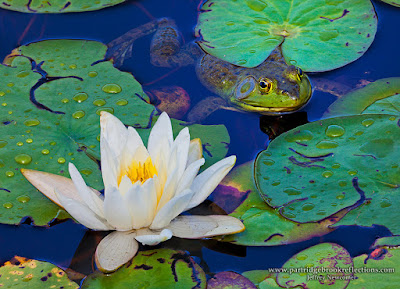 But as I considered more of his interview, I came across another observation that may be of more practical importance for landscape photographers, especially in our age of technology assisted capturing of light.  It has to do with the difference between searching and finding.  He could again have been referring to photography when he said;


“In my opinion to search means nothing in painting. To find, is the thing. Nobody is interested in following a man who, with his eyes fixed on the ground, spends his life looking for the pocketbook that fortune should put in his path. The one who finds something no matter what it might be, even if his intention were not to search for it, at least arouses our curiosity, if not our admiration.” 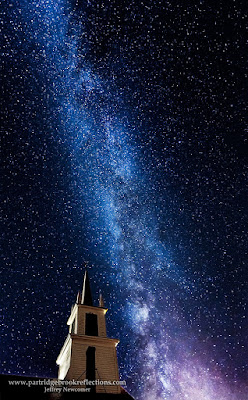 Ok, no one more than I appreciates the wonders of modern digital photography - HDR, astrophotography, focus stacking, motion blur and much more.  In numerous articles I have celebrated all the ways that technology has broadened our ability to capture aspects of the world to which conventional film photography has been largely blind. 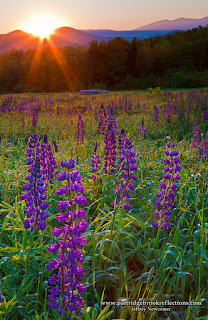 We can use software such as The Photographer’s Ephemeris to precisely predict where to stand to capture the perfect sunrise or to place the Milky Way directly above the town hall spire.  I am constantly in awe of the ability of photographers to glory in all of the magnificent beauty that careful planning can accomplish, but, as Picasso suggested,  I worry that all that diligent “searching” can cause us to be closed to the “finding”. 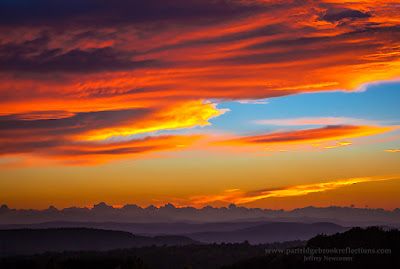 A few evenings ago, Susan called out to me about the beautiful colors in the sunset sky.  I hadn’t planned to go out shooting, but my camera bag is always ready.  I threw it into the car and took off without any plan for my search.  I first reached the spectacular summer sunset color shining above the pastures of Chesterfield.  The colors were vibrant but the foreground lacked a strong focus. Not knowing when the color would disappear, I grabbed some quick images and then got back into the car to looking for something interesting to put in front of the rapidly fading color.  Happily, just down the road, I came across a lovely red barn.  The dramatic sky and the warm light shining on the barn made a great composition.  My lack of a defined “search” opened me to “find” this wonderful moment. 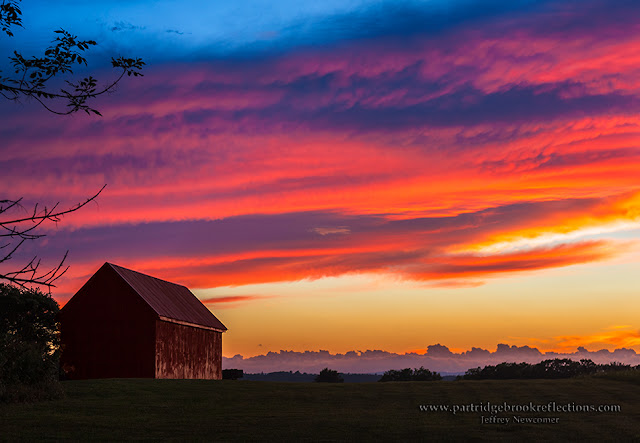 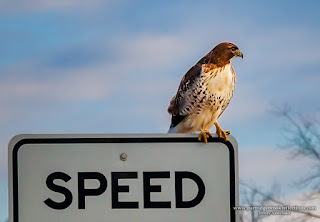 I enjoy the unpredictable treasure hunt that photography in the natural world can be.  Planning can lead to great results, but there is nothing like not knowing what you are looking for to open your eyes to a wealth of possibilities. I frequently head out on a shoot with nothing more than a general direction in mind, but it is amazing how often an open eye and the willingness to get lost can lead to surprising images. 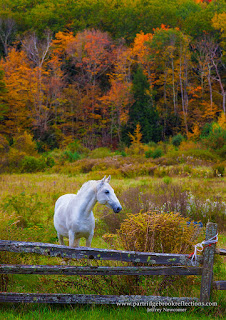 Sometimes it is a dramatic angle or shade of light.  Often it comes from being ready for the sudden appearance of a majestic bird, horses grazing along a pasture fence or just a flash of a combination of strong foreground and background elements. 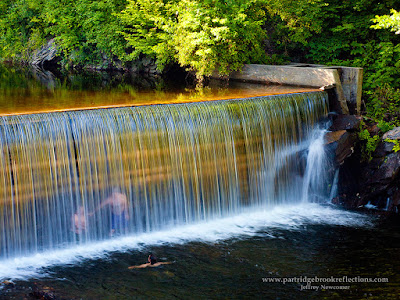 A couple of years ago on a trip to Green River Vermont, I found a family cooling off under the water fall.  It wasn’t something I was looking for but the image found its way both to my calendar and one for Vermont Life. 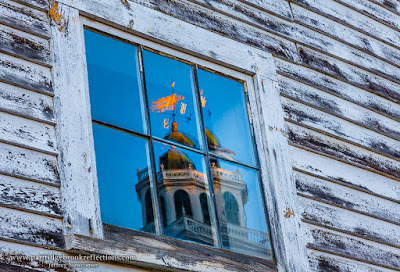 Park Hill Reflection
Early this spring I dropped by Park Hill in Westmoreland New Hampshire.  The light was disappointing, but I kept shooting as I wandered around this icon New England village.  I knew that almost always something new and interesting can be found and on this evening I explored reflections of the brightly illuminated church spire in the village windows.

So many of my favorite images over the years have come from a thoughtful lack of forethought and miraculous accidents. I think Picasso would agree that a mastery of technique is essential, but don’t forget, while self-consciously “searching” for images, keep your eyes open to “find” the surprises that, especially in our remarkable New England, are always there to discover.

Past Masters: Picasso Speaks, 1923
Thanks to Scot Borofsky and the Brattleboro Gallery Walk Archive 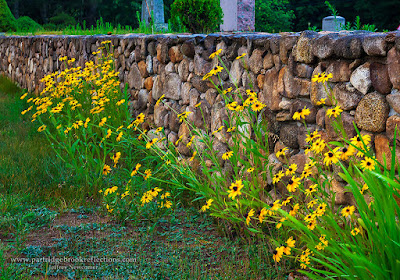 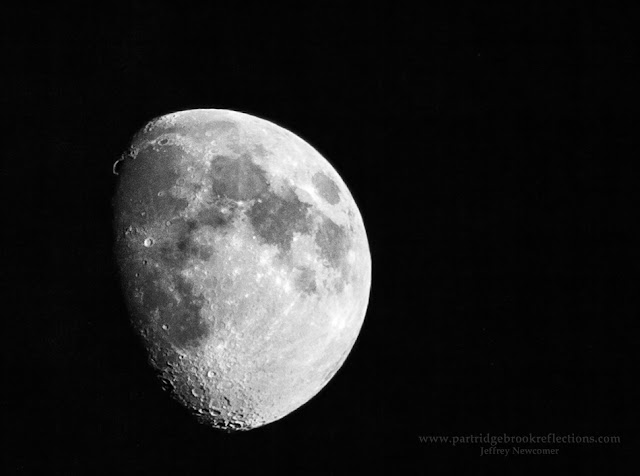