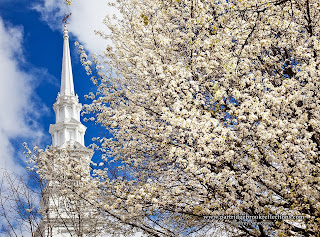 One of the most spectacular and fleeting signs of spring in the Monadnock region is the explosion of color which engulfs Keene’s Central Square as the flowering trees burst into bloom. 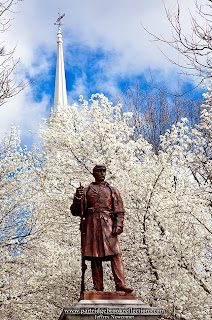 Every year I keep my eye on the square trying to catch the day or two of the maximum display. I am aided by reviewing my images from previous years which tell me that peak usually hits about the first week in May. This year all bets were off. Whether it was because of the unusually warm and wet March weather or due to the effects of global warming, I was surprised to find the trees already just a bit past peak when I came by to check this Monday. This was at least two weeks early. I was able to catch a only few images during short burst of sunlight, but I feel lucky that for some reason I came by to check the square. It would have been very easy to miss the show completely this year. It is just another demonstration of how you can never take New England weather for granted. 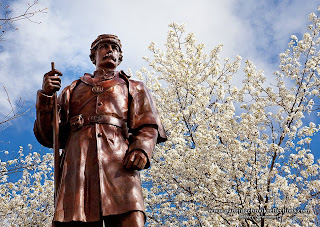 Posted by Jeff Newcomer at 2:12 PM No comments:

This past weekend we loaded up a rental truck and headed down to Washington DC. My daughter Abigail just got a job as a policy analyst for a Washington DC agency dealing with social policy for low income people, and we were helping her move her stuff out of our barn and into a house in Columbia Heights. As usual my daughter chose the bedroom on the 3rd floor so much of our time was spent laboring the bed, dresser and more up the narrow stair cases. On Monday, after visiting Abby's office in the city, we finally got a brief chance to get down to see the Cherry Blossoms. It was about 4 or 5 days past peak, but still beautiful. Sadly we only had about one hour before we had to to catch a train back to New Hampshire, but I've included a few pictures on my flickr site : http://www.flickr.com/photos/27036710@N05/ 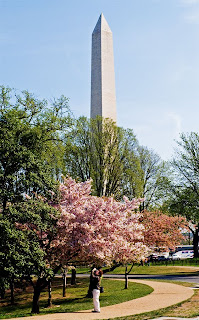 Whenever I travel to the city I am reminded of the annoying fact that crowds of people tend to gather around famous and beautiful sites. This is especially true during Washington's famous Cherry Blossom Festival. Even though the flowers were begining to fade and fall, It was hard to catch a moment when there were not hordes of people in every scene. This view of the Washington Monument was one example. I loved how the single vivid tree was framed by the curving walk-way, drawing the eye up the monument. 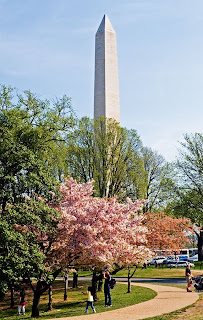 At first there was just one persisent photographer in the scene capturing the detail of the blossoms. I stuck it out for about five minutes waiting for him to move on and was finally rewarded by the arrival of a whole family of peepers. With my wife becoming increasingly frustrated, I finally decided to give up, and instead took several images with people moving around the scene. Even though the shots were hand-held I was able to register a couple of the images closely enough to allow masking out of nearly all the tourists. 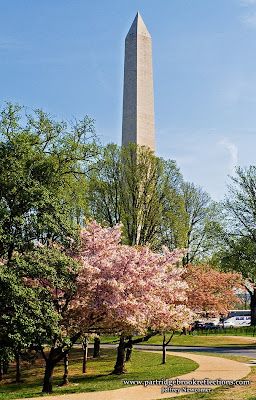 One additional thing to remember when doing this kind of editing is that it is important to remove the shaddows cast by the people you have deleted. With just a little minor cloning I ended up with the final, unnaturally prestine, image. It took a little work, but there is something perversely satisfying about "eliminating" people in this nonviolent way.
Posted by Jeff Newcomer at 8:19 AM No comments: 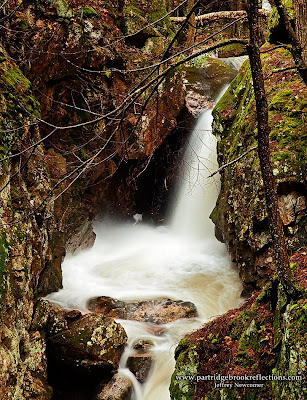 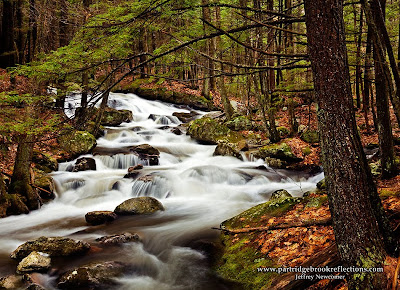 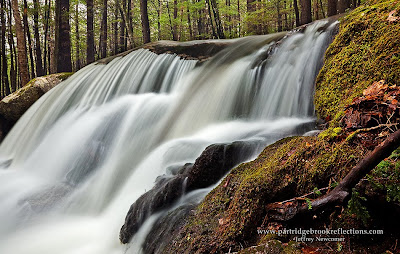 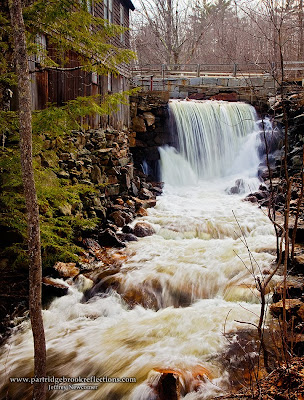 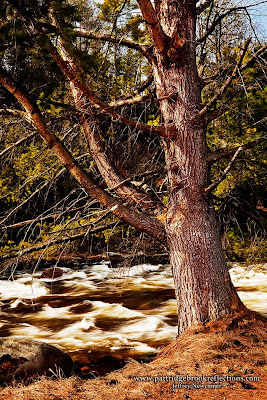