Birds and a Bear 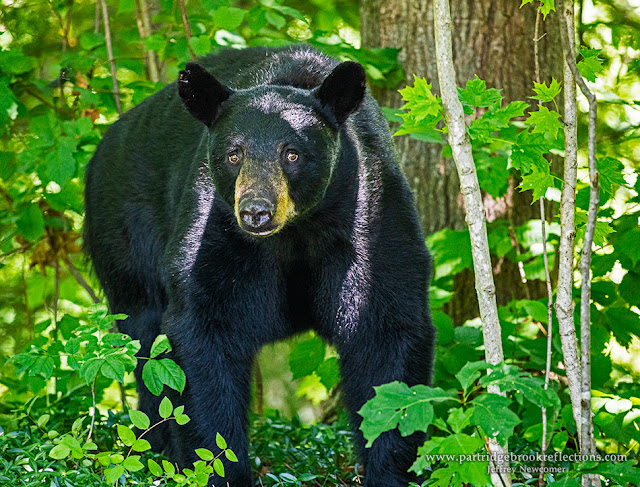 So here is the story.

For years Susan and I have been frustrated by periodic bear attacks on our bird feeders.  The feeder would suddenly be missing or dragged away down the embankment toward Partridge Brook, and the Sheppard hook would be bent down in a curve, often impossible to straighten.  Sometimes we could salvage the sadly mauled feeder, but after our most recent attack this summer the poor thing was devastated beyond repair.

We love our birds, with the feeders attracting Chickadees, Titmouse, Woodpeckers, Cardinals, Nuthatches, Purple and House Sparrows, and, this year, an especially prolific and brilliant collection of Goldfinch.  We could not forsake our feathered friends, so we got a new feeder and set it out among a collection of branches hung to provide convenient perching locations.  The branches also provided me the opportunity to photograph the birds in more natural appearing settings.

Over the last couple of weeks, the birds have gone crazy, camping on the branches, and draining our new, larger, feeder every day.  Because the bears have always attacked at night, we resumed bringing the feeder into the house every evening.  No problem?

Over the years, our feeders have probably been bear smacked 6-7 times.  It is annoying, but most frustrating for me as a photographer is that during all this time, I have never seen, much less been able to photograph, one of these felons. 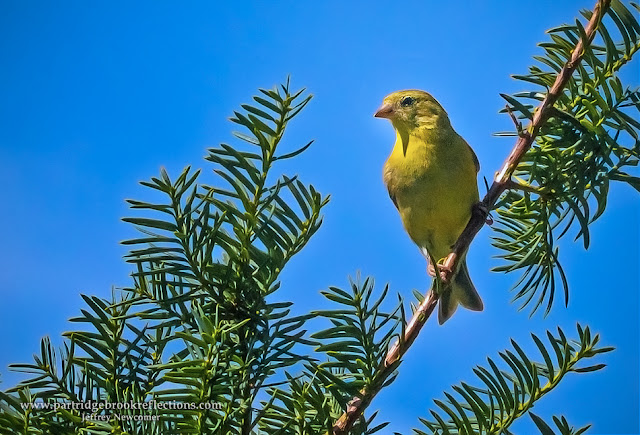 Earlier this week on my return from a walk, I noticed that the feeder was missing.  It was noon, and I knew that it could not have been a bear attack, not in the middle of a bright and busy summer day, but the feeder was gone.  And then I saw the bear lurking at the edge of the steep bank leading down to Partridge Brook. For just one second, I cursed my presumptions about daytime attacks, and then I ran into the house to get my camera, quickly attaching my 100-400mm telephoto.  When I returned outside, the bear was gone, and I cursed myself a second time for not grabbing a quick and fuzzy iPhone pic of the beast when I had the chance. I was certain that my compulsion to “gear-up” had robbed me of the chance to finally capture a shot of our bear.

The bear was nowhere to be seen and I heard no rustling in the woods.  Dejectedly, I wandered to the edge of the bank hoping to catch a glimpse of the bear retreating far below along the brook.

Then suddenly, a black apparition jumped from behind a tree, just 20 feet from my nearly soiled underwear. We stared, he huffed, and then something strange and stupid happened.  Before I retreated to our deck, I actually stood and snapped several quick pictures of the face-off. I don’t know what I was thinking.  I can only guess that my photographer’s brain must have taken over and refused to miss yet another chance to “bag” my bear.  I don’t remember if I attempted to focus, but I must have tried, since the focal length was 320mm and I was expecting to see something far down the bank.  I had no chance to make any other adjustments and, on aperture priority of f14, the shutter was only 1/25th second.  Not surprisingly, two of the three images were a bit blurry, but miraculously, one shot was passably sharp.  In retrospect, I am only happy that I had no pictures of massive claws descending onto my head. Good sense quickly took over, and I scampered back to the relative safety of our deck. 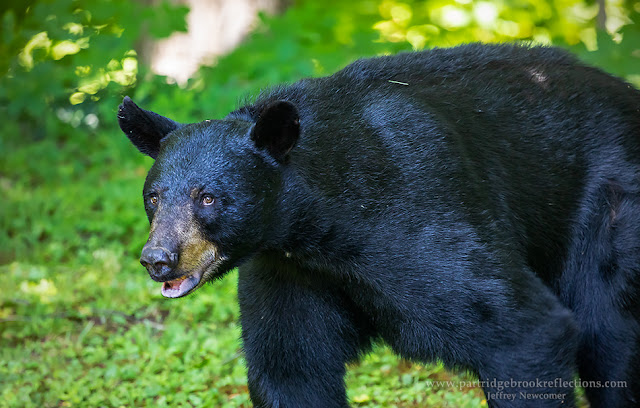 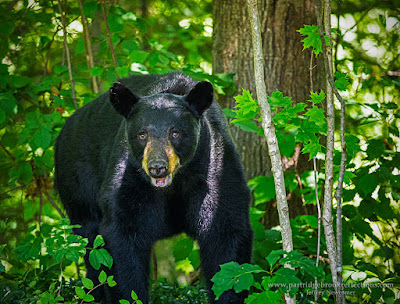 Again, the bear had disappeared, but just as I caught my breath, Mr. Bear returned.  He meandered along the bank edge and nearly chased us into house when he ventured further into the yard.  He turned out to be a very cooperative model, but my decision to grab my telephoto was vindicated.  I was able to get sharp close-up shots with the lens stabilized on the deck railing. He was an impressive beast, probably at least 250-300 lbs., but my estimate may have been affected by our earlier close encounter.  Incidentally, I feel comfortable referring to the bear as “he” since review of my images provided ample evidence of his gender. 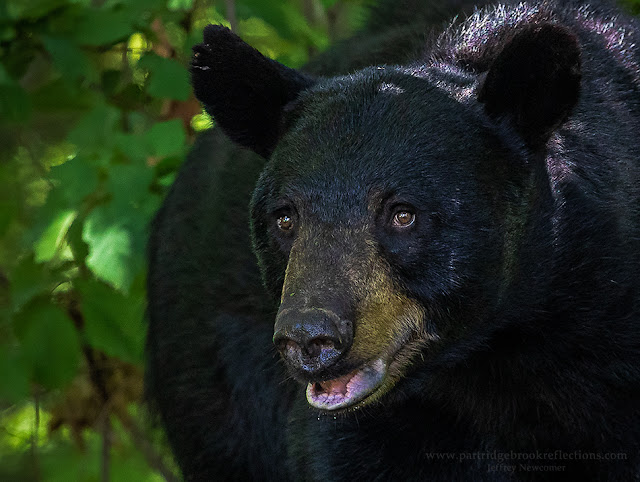 I finally bagged my bear and learned some important lessons. First, we can no longer feed our birds in the summer.  Removing the feeder at night is no longer proof against increasingly bold animals.  We hope to salvage our feeder from down by the brook, but it won’t be rehung until after hibernation in the winter.  Second, being surprised by a bear, 20 feet away, is not the time for photographs – duh!  Black bears generally do not attack humans, but that was crazy.  Finally, I will miss all my beautiful birds, but during the summer they will have no problem finding food.  I will be there for them when the snow flies. 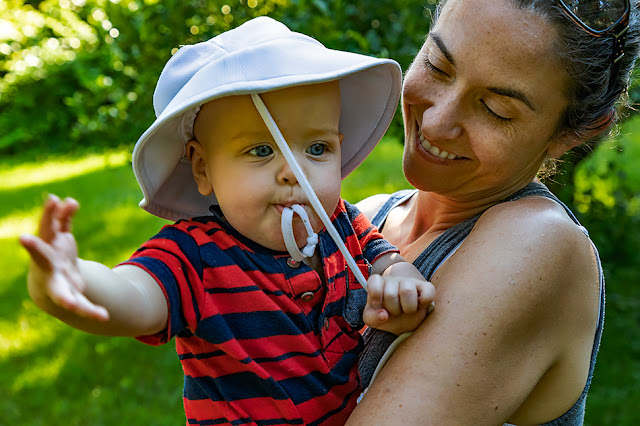 It may be awhile before I get another chance to capture such great bear shots, but I will be satisfied grabbing many more pictures of our little grandson, “Bear Cub” Owen.