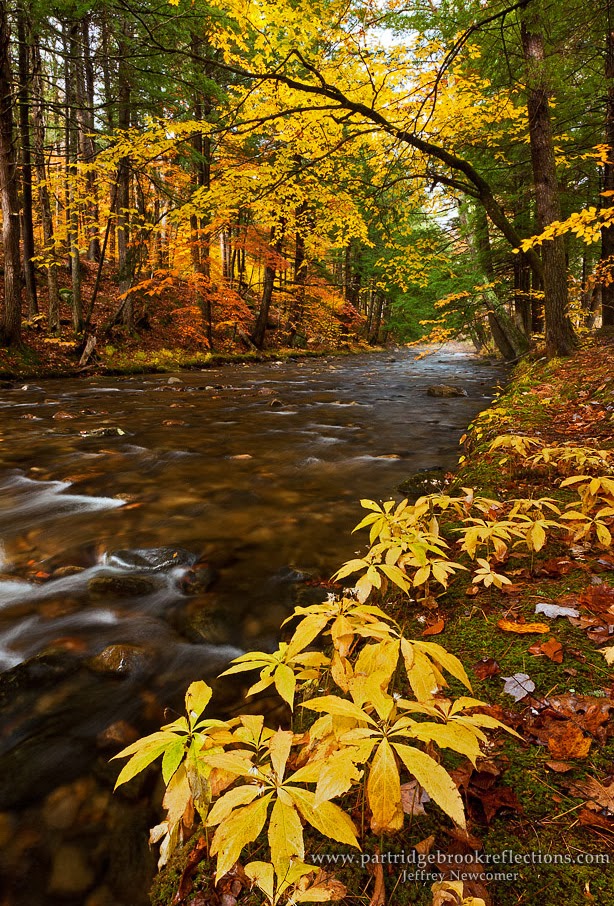 As a landscape photographer, I am frequently striving to capture the maximum depth of field possible, but as is true of all photography, compromises need to be made on the path to the sharpest images.  The widest DOF is obtained at high f stops (small apertures), but with ever smaller apertures diffraction begins to affect sharpness, making images progressively softer.

Diffraction is a property of light related to its behavior as a wave.  Light passing through a lens does not focus sharply to a point, but spreads out as it is bent around the hard edges of the iris. The result is a soft bull’s eye, which is called the “Airy disk” and results in a softening of the detail in an image.  The name “Airy disk” may seem remarkably fanciful, especially originating from optical

engineers, but it does not come from its soft airy appearance.  The fact is that the guy who discovered the disk was named “George Airy”.  Diffraction is an innate property of light and not a defect in the lens.  It is present in even the most precisely constructed and expensive lens and grows worse as the aperture becomes smaller.  A few weeks ago I demonstrated the star burst effect created by diffraction on Christmas lights when small apertures are used.  The effect is minimal when the lens is wide open, but other optical defects such as spherical aberration, diminished sharpness at large apertures.  The balance of these competing effects means that the sharpest f stops tends to be those a few stops smaller than wide open.  A lens is “Diffraction Limited” at the f stop beyond which the image begins to soften.   This is a property of the lens and not the camera, but since a lens’ Airy disk is the same absolute size on any camera, the effect tends to be relatively larger and therefore more prominent in cameras with smaller sensors and with higher resolution.   It is great to have all those pixels, but crowding all those smaller elements on the sensor means that the lens will be diffraction limited at a wider f stop.  Physics sucks doesn’t it ?  The properties of every lens/camera combination are different and the only way to determine optimal sharpness is to test it.


Fortunately, testing lens' for their sharpest f-stop is not 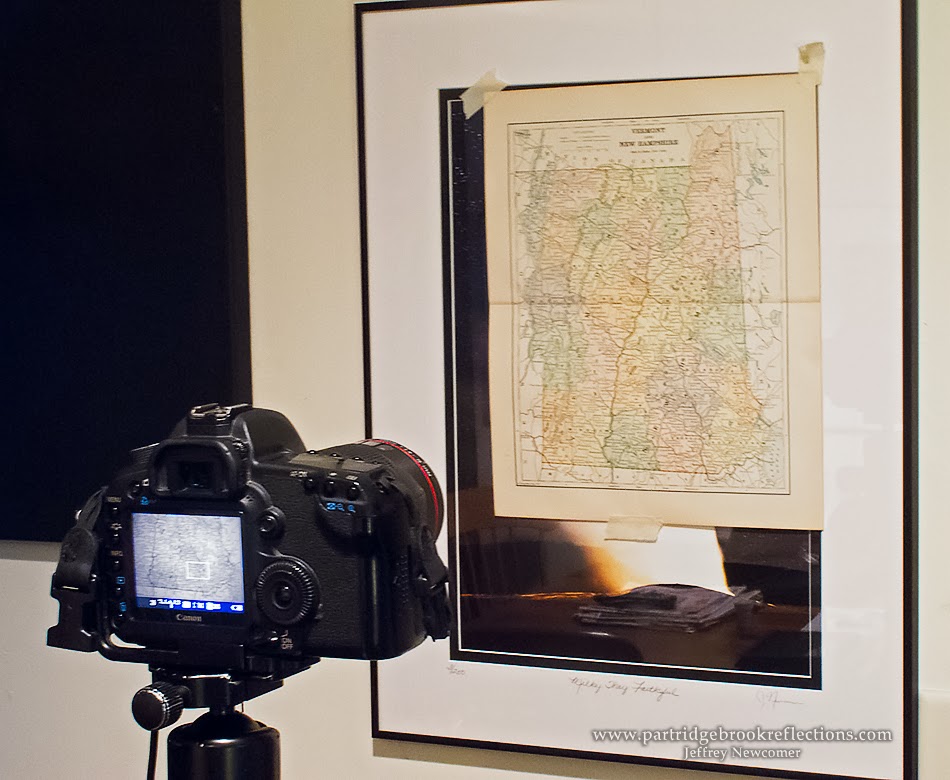 difficult.  You start with a target that is flat and has sharp detail.  I used an antique map of Vermont and New Hampshire.  I taped it to the glass on a photograph hanging in the kitchen and then set my camera on a tripod, aligning it so that the plane of the sensor was parallel to the target. I precisely focused on the map using the camera's Live View and used mirror lock-up and a cable release to avoid any vibration. With the camera set on aperture preferred, I  recorded a series of images covering the full range from wide open to the smallest aperture.  The result was a collection of images that I could quickly scan to find where image sharpness began to break down as the f stop increased. 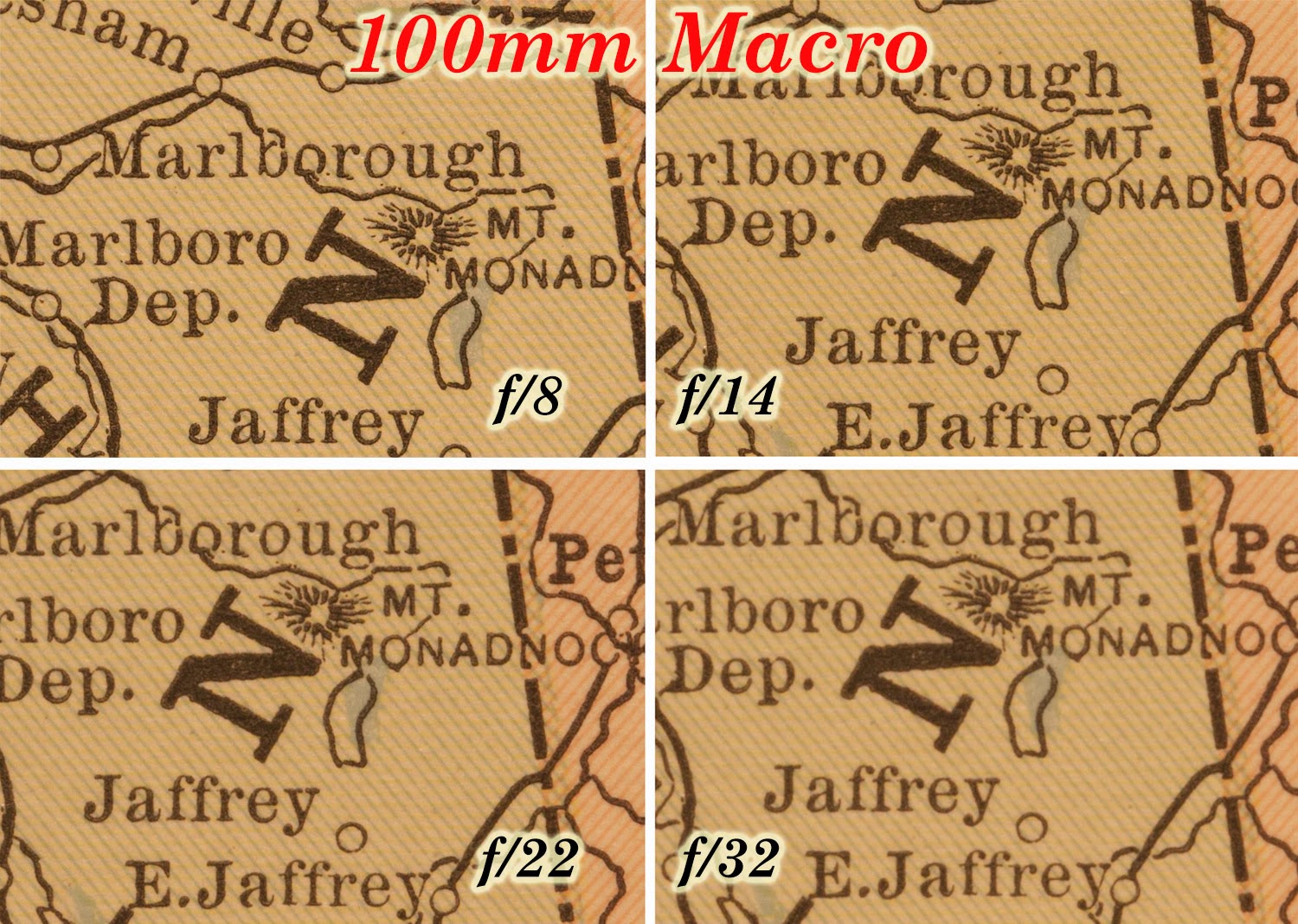 small apertures was not as bad as I had expected.  I was able to identify the optimal f stop (usually between f/10 & f/16), but I also got a feeling for how far I could reasonably push the aperture when I needed more depth of field.  For my 100mm Macro, I found that the images were sharpest around f/8 - f/14, but that I could still get reasonable results up to at least f/22.  It is important to remember that this analysis does not take into account the power of sharpening algorithms to salvage sharpness when the results are marginal.

So what can we do when extreme depth of field is needed?  Sadly I can’t afford a tilt-shift lens, but, now that I know how far I can stop down before diffraction significantly rears its ugly head, I can more intelligently balance the impact of DOF vs. Sharpness and I can apply post processing sharpening to correct some of the problems.  This is also a situation where focus stacking becomes extremely valuable. Multiple images at lower (and sharper) f stops, progressively focused through the scene, can be stacked and blended to get deep DOF with consistent sharpness.  The digital camera once again defeats the apparently immutable laws of physics – take THAT Newton!


Photography is always a matter of compromise as our artistic vision collides with the limitations imposed by the physical properties of light, optics and camera sensors.  How these limitations are balanced has much to do with the outcome and knowing the most about the capabilities of your equipment is the key to striking the best balance.  Testing your lens' for their optimal sharpness is just one piece of the necessary homework required to get the most from your equipment and the best expression of your vision from the digital Camera.

Posted by Jeff Newcomer at 1:08 PM