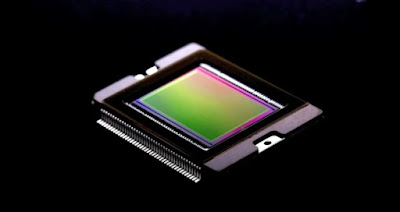 In many of my classes and articles I have referred to the sensor on a digital camera.  I have discussed its sensitivity, dynamic range and noise, all without much understanding of what goes on in that little chip of silicon behind the DSLR’s mirror.  Many of my blog articles have been trigger by my own desire to learn something new, and this week it is about discovering a little of how digital sensors actually capture the images that we spray upon their surfaces

At their essence, all camera sensors work the same way.  The two common sensor types, CCDs (charged coupled device) and CMOS (complementary metal-oxide-semiconductor) both translate light, in the form of photons, into electrons.   The electrons are amplified and create an electrical current which is constructed into an image by the camera’s software. That is an overly simplified description of a very complicated process.  CCDs and CMOS sensors differ as to how the electrons are collected and amplified, and these differences affect the quality and noise of the image, as well as the cost and speed of the sensor.


Both CCD and CMOS sensors are made up of an array of silicon
based sensors which capture electrons generate by the interaction with photons of light.  On CDDs, the electrons move along a row and are sequentially amplified and sent on to the processor.  The process is slow but results in a high quality image with better  dynamic range and less noise.  On CMOS sensors, each pixel site has its own amplifier which makes the sensor faster and more efficient, requiring much
less power.  They are also cheaper to manufacture, but because the amplifier on each pixel site takes up space on the sensor, the amount of light that can reach each photon sensing pixel is reduced.  This deficiency has been largely overcome by the use of microlenses in front of each photodiode, which focus light into the photodiode that would have otherwise hit the amplifier, and not been detected.

The new CMOS sensors are thought to perform as well our better than the conventional CCDs, but CCD sensors are still used in some video cameras and in situations where the highest quality is required such as in telescopes.  Nevertheless, the improved CMOS sensors are now the used in  most consumer and professional camera.  They are the standard in both Canon and Nikon Cameras.

Whether on a CCD or CMOS sensor, the individual pixel sites can only measure the intensity of the light and are blind to color.  Most often, color is recorded using an overlying array of color filters (red, green or blue) which allow only one color to penetrate to each pixel site.  Other colors are extrapolated from these primes by using complicated algorithms to combine the input from adjacent pixels.


Most often a “Bayer” color filter array is used.  This has an arrangement which includes twice as many green filters as red and blue, since the human eye is more sensitive to green light.

This is only a brief description of how digital sensors work.  The complexity of the digital algorithms required to translate the data coming from the sensor into a beautifully detailed image is truly mind numbing.

Bigger is Better
This superficial understanding of sensor function may be helpful in appreciating why larger sensors have advantages over the small sensors placed in compact and consumer cameras. The race to have high numbers of sensor mega pixels, has caused manufacturers to densely jam smaller pixel sites to fill the tiny sensors of smaller and less expensive cameras.  But all pixels are not alike, and despite the rush to market high megapixels, it is generally not the quantity but the quality of the pixels that is most important.  So why is a full frame (ie 35mm size) 20 megapixel sensor better than 20 megapixels jammed on a sensor less than half the size?

Dynamic Range
The major advantages of a large sensor are in superior dynamic range and lower noise.  Larger sensors can have larger pixel sites which can hold more electrons before they become saturated and can hold no more.  A pixel site with a full bucket of electrons appears blown-out, losing all detail in the highlights and limiting dynamic range.

Noise
All sensors have a certain amount of digital noise, but this is less apparent when the signal to noise ratio (s/n) is high.  Larger pixels “contain” more light “signal” and therefore the images are cleaner.   Finally, pixel sites that are small and jammed close together can be leak charge to neighboring sites, called “Blooming”.  Larger pixel sites can contain a greater tonal range without this becoming an issue.


Small sensors have their own advantages.  The cameras can be smaller and less expensive, and cropping factors expand the effective focal length of lenses.  But for image quality, dynamic range and noise reduction, bigger and better pixels have clear advantages.

Modern digital cameras seem to produce wonderful images almost by magic.  It is fine to simply accept the wizardry, but I found that even a small appreciation of the what is going on underneath the hood can make the experience even more remarkable.   So, go out and harvest some photons.

Posted by Jeff Newcomer at 3:07 PM