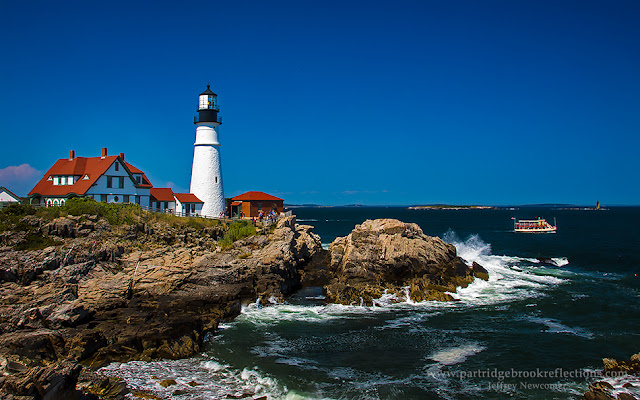 Portland Maine has six Lighthouses protecting its rocky coast.  This week, in a blog article for the New England Photography Guild, I highlighted each of these beacons.  Radar and GPS have revolutionized the process of coastal navigation, but, especially for smaller craft, they have not replaced the importance of Lighthouses in lighting the way to safe harbors.  Photographically, New England’s lights are one of my favorite subjects whenever I get back to the coast. 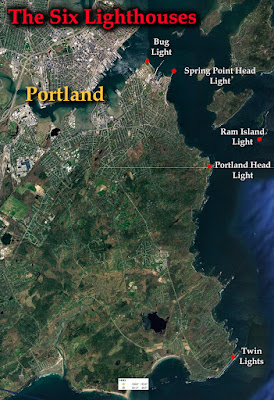 Check out my Guild article for details about each of Portland’s six Lighthouses.  They range from the isolated and abandoned Rear Range Tower of the Twin Lights, to the majestic Portland Head light, arguably the most impressive example of New England’s coastal beacons.  Here, To supplement my article, I have collected a few more of the many images of these lighthouses that I have captured over the years.


You can check out the locations on my map and follow the GPS locations.  I decided to tour the lighthouses from south to north starting with the most challenging ones to approach, the Twin Lights. 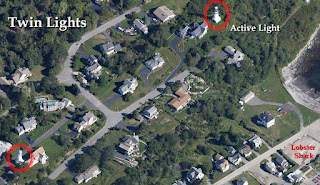 Only one of the two Twin Lights is still functioning and both are on private property.  Both were built around 1828.  In 1924, the government dismantled the West (Rear Range) Tower.  It is closed off and now is a private residence.  The other light is closer to the shore and, although it is still operating, it can’t be closely approached. 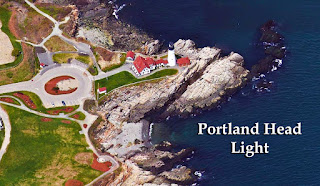 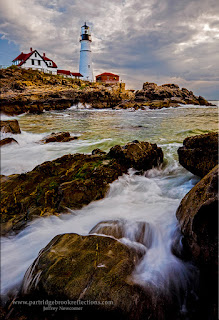 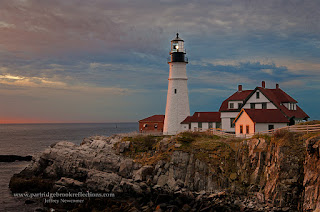 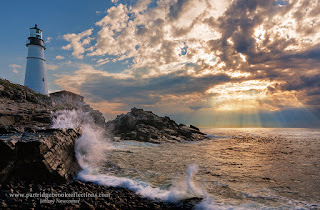 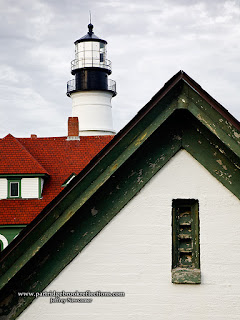 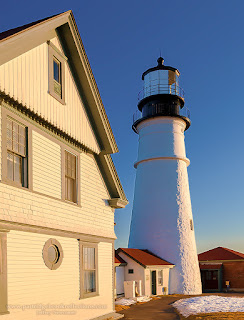 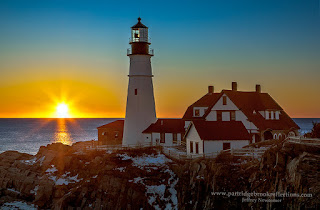 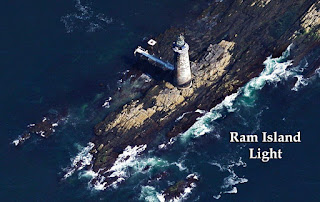 Across the entrance to Portland Harbor from Cape Elizabeth and Portland Head Light, is Ram Island Lighthouse.  Built in 1905, It sits precariously on a ledge that threatens the northern side of the harbor channel.  The lighthouse can be photographed from Fort Williams Park with dramatic images often including Portland Head Light in the frame. 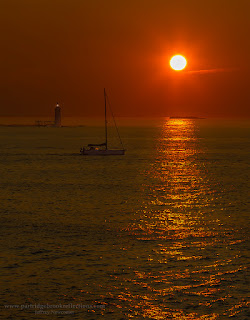 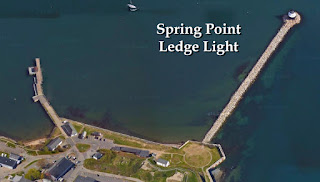 Located next to the Campus of Southern Maine Community College, Spring Point Ledge Light was built in 1897 to mark a dangerous Ledge which lies to the west of Portland’s main shipping channel.  Originally built on a caisson in open water, in 1951, the lighthouse was attached to the mainland with a 600 foot granite breakwater and can be viewed from the beach or breakwater. 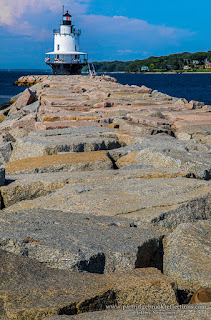 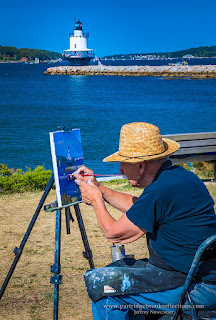 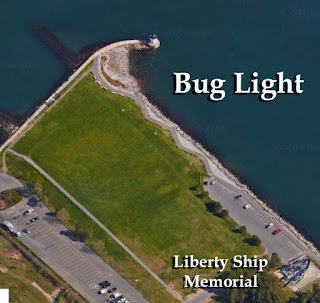 Little Portland Breakwater Light, which is also called “Bug Light”, was built in 1875 to mark the entrance to Portland Harbor. Bug Light Park includes a memorial to the New England Shipbuilding Corp shipyard.  During WW II, the massive yard constructed over 200 of the Liberty Ships that were so crucial in transporting American industrial output across the Atlantic.  Now, all that is left is a skeletonized bow,  representing one of the ships. 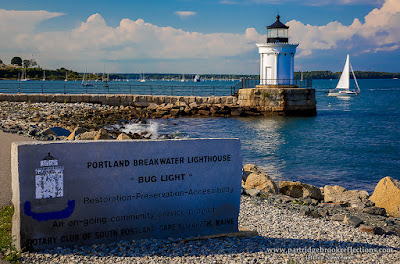 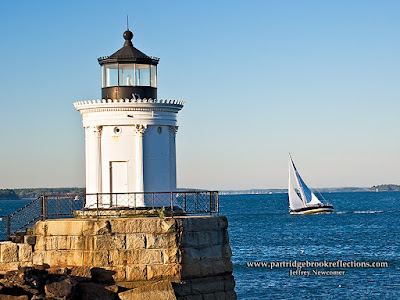