This week some mandatory whining, and then a discussion of a great new tool in Lightroom's perspective control options.


It has been nearly three weeks since my hip surgery and I am doing about as well as could be hoped. I'm walking without a cane, mostly, and I've been driving a bit. Still much of my days are spent hobbling about the house and working on what seems to be an endless collection of torturous physical therapy exercises. It is all walk, exercise, ice, repeat. I’m still not ready for long photo shoots, but I can see the light.  Happily, my bird photography has been simplified by the growth of hatch-lings in the nest on our front porch. The five are looking ready to burst fort.  Also a deer was kind enough to conveniently explore the old drops in my orchard across the road.  Almost looks like I'm getting out there!


What does a landscape photographer do when he can't get out to the landscape? I can spend time enhancing old images, but I can only edit in short bursts since I have found that sitting at the computer is the quickest way to stiffen my hip. About the only things I have left is to write whinny blogs and to struggle with updates to my software.


I spent the last week back and forth with Microsoft Support to try to get my computer upgraded from Windows 7 to 10. As seen on my wife's laptop, Windows 10 seems to be a significant improvement over version 8, but it took several long tries to get the upgrade to work on my desktop. Turns out I had to install 127 updates to Windows 7 before 10 would install. Now the new operating system seems to be humming quietly along and hasn't (Yet) caused any problems. On to more updates! 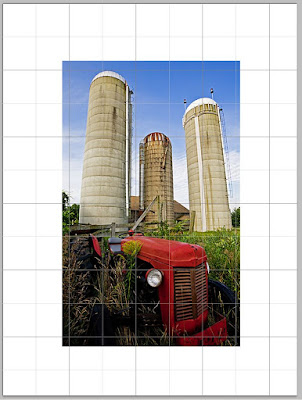 I have been keeping up with the periodic updates for my Creative Cloud versions of Lightroom and Photoshop. Some updates contain mostly bug fixes and additional camera support, but occasionally they include some nifty new toys. An update just came out for Photoshop with some significant new features, including refinements in the masking tools, and the introduction of content aware cropping. Today, however, I want to quickly discuss the refinement in the Upright Tools in the new version of Lightroom CC, specifically the Improvement in perspective control with the Guided Upright option.

The ability to adjust perspective has been a powerful tool in Photoshop for some time. Most often this has to do with correcting 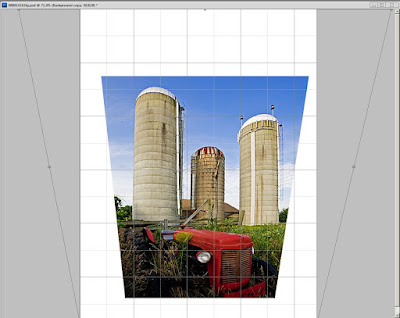 the key-stoning effect that occurs when the camera is angled upward. With key-stomping, subjects such as buildings appear to be leaning away from the camera. I discussed the use of  Photoshop’s Skew Tool in a previous article, but more recently I have been doing most of my perspective correction with Lightroom’s Upright controls. This is another example of Lightroom capturing some of the editing power of Photoshop, but as is true in other areas, the Lightroom tools lacked some of Photoshop’s ability to fine tune the changes. At least until now. 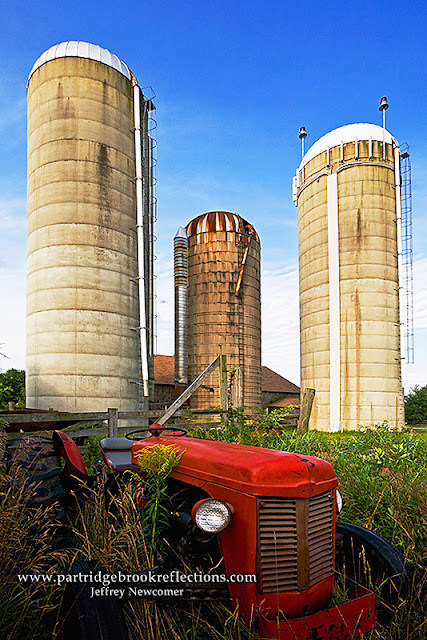 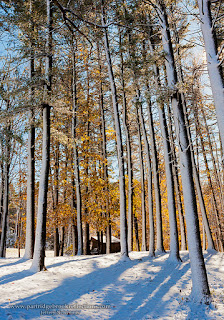 Within Lightroom’s’ Upright panel there are a number of automatic adjustments which often do a surprisingly good job correcting problems with perspective. The tools include an Auto adjustment, which tries to find a balanced solution, while Vertical and Level adjustments focus on one axis. The Full adjustment tries to get everything perfect, often with bizarre results. These automatic, control often work well but, as is true of most “automatic” solutions, they don’t always come up with the best result. 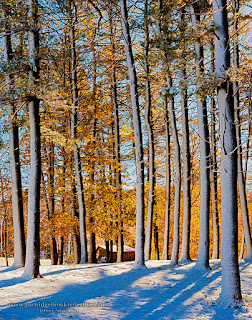 The problem with the Upright controls in older versions of Lightroom is that there was no easy way to make manual adjustments when the automatic controls failed. That is until the new Transformation panel in the latest version of Lightroom CC, which adds the “Guided” adjustment option. Sadly, this new control is found in the latest update of Lightroom CC and is not available as yet in the non-subscription version.

First Do Your Best in the Camera


Perspective corrections in Lightroom and Photoshop can be remarkably effective, but, especially when the corrections must be drastic, they can introduce obvious unnatural distortions. The best way to avoid problems is to minimize how much adjustment we must apply to the image. Of course shooting with an adjustable view camera or with a tilt-shift lens can reduce or eliminate the key-stoning effect but these can be cumbersome and expensive options. Key-stoning can be minimized by raising the camera and thus reducing the need to angle up to the subject. Climbing a tree or using a leader or chair can make a difference, but I often find that merely holding the camera above my head can be a significant help. Once you’ve done everything to reduce distortion within the camera, it is time to use the magic in Lightroom or Photoshop.


My first step is to select the Lens Profile and Chromatic Aberration corrections in the Lens Adjustment Panel. Chromatic Aberration is the color banding that occurs along edges with sharp contrast, especially in the periphery of images. If left uncorrected this banding can become more noticeable as perspective controls are applied.


The Transformation Panel and Upright Adjustments


The Transformation Panel is next in Lightroom’s workflow and it is here that the real magic occurs. When I am dealing with an image that contains the converging lines of “key-stoning”, I typically start by trying the various automatic settings. In situations such as my image of Michigan Avenue in Chicago, the Auto or Vertical adjustments often work best, but when I need better control I will go to the Guided adjustment.


The Guided Upright Adjustment is selected by clicking on the “Guided” button or the tool icon in the upper left of the panel and bringing it into the image. To set either a horizontal or vertical upright adjustment, two lines need to be drawn using the tool along portions of the image which should be aligned along the horizontal or vertical axis.

The guides are set and then drawn along the axis with the help of a magnifying loop. The Upright adjustment is triggered when the second line is complete, but after the initial adjustment, the effect can be fine tune with movement of the lines. Adjustment along a single axis may be sufficient for many images, but, if needed a second set of lines may be placed to adjust the other axis.


My picture of Michigan Avenue in Chicago had the typical key stoning, but, with Guided Upright, I was able to correct the distortion with two vertical lines drawn along portions of the buildings. With adjustments such as this, portions of the image will be lost on both sides. When you anticipate that perspective adjustments will be needed it is important to enlarge the original framing to provide room for the inevitable cropping that will be required. 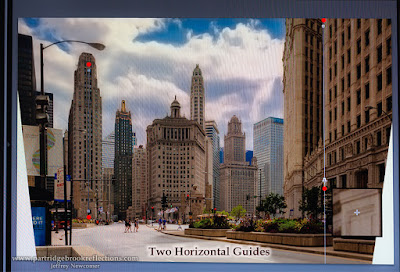 Key-stoning can also occur in landscape shots especially when shooting at tall trees. The sense of the forest malevolently leaning in can create an ominous mood, but when desired this can be corrected easily with the Upright tools. 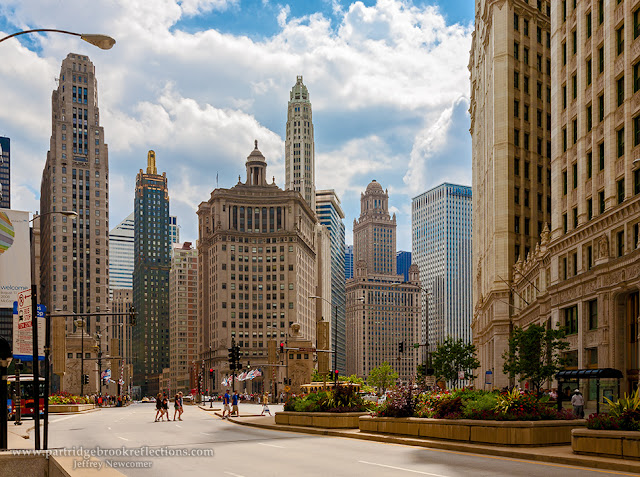 Vertical & Level Guides
Using the Guided Upright tool to correct both Vertical and Horizontal distortion scan be effective, but trying to control two axis’s at once can stretch the image in ways that appear unnatural. I shot an image of an old business block in Keene New Hampshire with the intention of creating a challenge for the upright tools. I framed the picture from the side and looking up. I got as low as my bionic hip would allow. Using Guided Upright, I applied vertical and horizontal guides, I and was able to get the structure to square up reasonably well, but it was accomplished with considerable stretching a squishing of pixels. Just notice the difference in the sizes of the cars parked from right to left. I think that by stopping at the vertical correction, the building appeared more natural, balanced. 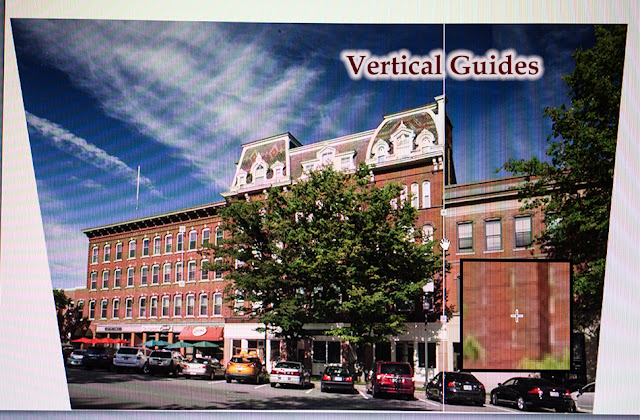 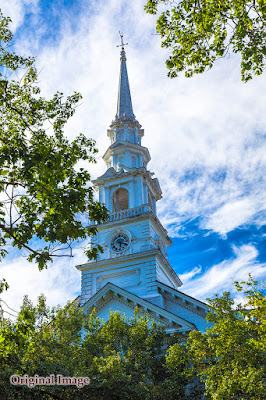 Often lesser amounts of perspective control are best, but at least with Lightroom’s Transformation options, experimentation is easy, quick and, as always, nondestructive. Take a look at all of the upright adjustments applied to my shot looking up at the spire of Keene’s United Church of Christ Church. The two axis guided adjustment may be the closest to fully square, but I may prefer the original image with its dramatic angles. 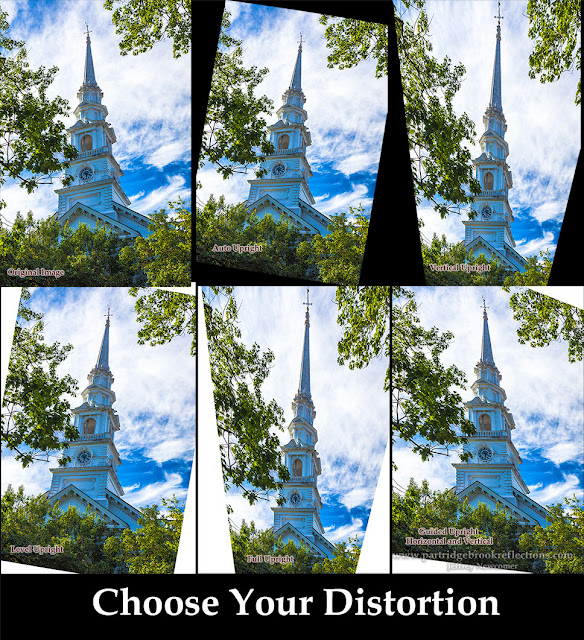 As is true of all the new tools in Lightroom and Photoshop, the Guided Upright option will find its proper place in your workflow, but only after much enjoyable experimentation and many, fortunately reversible, mistakes. So upgrade your Lightroom CC and start making those glorious disasters.