The Mountain That Stands Alone

"Monadnock, the Mountain that Stands Alone" will be a feature length HD Documentary with history and personal stories along with beautiful imagery and music written and composed in New Hampshire.” 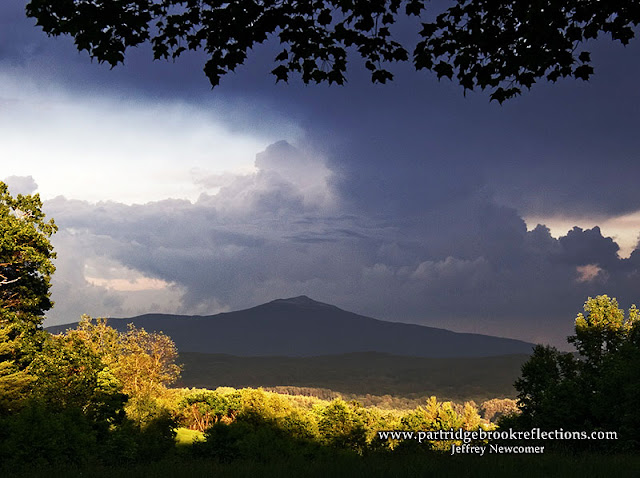 Anyone who lives or has ever passed through the Southwestern corner of New Hampshire must be aware of the one prominent feature that identifies and defines our region. Mount Monadnock is often 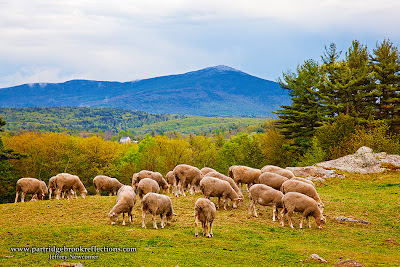 referred to as the mountain that stands alone. At only 3165 feet the peak is not one of the tallest in New Hampshire. In fact it just misses being included in the top one hundred, but the mountain stands more than 1000 feet higher than any peak within 30 miles in any direction. In fact geologists refer to any isolated peak, standing alone above the surrounding landscape as a "monadnock". The mountain's rocky summit offers expansive views from Mount Washington to the Buildings of downtown Boston. It is not surprising that this accessible peak is one of the most climbed in the world, but Mount Monadnock means much more to our region than merely a nice place for a hike.

Mount Monadnock can be seen from everywhere in the Monadnock Region and its proud, independence has marked the philosophy and character of those who live under its gaze. Much like the mountain, the Monadnock region lies somewhat isolated from the major cities of New Hampshire and New England. As I often say, the region is drawn together by miles of bad road, in every direction. As a result, the people have always looked to each other for support and to solve their problems. Mount Monadnock has remained the perfect symbol of this “independent” interdependence.


The mountain means something different to everyone in our region. It may seem 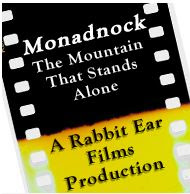 inevitable that Monadnock should remain natural and pristine, but it was only through the intense effort and dedication of many people over centuries that Monadnock has escaped the forces of development. How our mountain has been protected in its heroic state is a great story of teamwork, persistence, and quite a bit of dumb luck. It is that unappreciated story, along with how the mountain inspires people in our own time, which will be central to the upcoming feature length documentary film, "Monadnock, the Mountain that Stands Alone".

Over the last several years I have been privileged to watch and help, in small ways, the efforts of a dedicated core of people who have been
working on the first documentary film about our mountain. Rabbit Ear Films is led by photographer Steve Hooper and by documentary film producer and editor, Dan White. Our script has been written by Craig Brandon, author of "Monadnock More Than a Mountain".  Larry Siegel of Westmoreland, NH is collaborating with Rabbit Ear Films to compose music for the film based on his original composition of Monadnock Tales.  Our group has been assembling
interviews, scanning archival images, and collecting video of the
mountain in all its seasons and moods. The video has all been recorded in high definition in anticipation of the production of a 90
minute, broadcast ready, film of the highest quality. Our plan is to
present the documentary at film festivals, schools and historical societies. The group also will seek presentation on PBS. My role has been to contribute video of the mountain using the High Definition Video capabilities of my Canon 5D Mark II. It has been a fascinating experience learning to make the transition from still photography to video and I have come to appreciate the special demands of videography.

Learn more about the Crew

All of the work on the film has been carried out by a small group of people with a broad range of talents, but a narrow focus on producing a film worthy of its subject. Largely working as volunteers, we have made great progress, but are now reaching the final stages; the difficult, and expensive, task of melding the visual elements with music and narrative into a coherent and compelling story. We are striving to produce a top quality film on a shoe string budget, and although we have had significant financial support from generous individuals, corporations and foundations, we are looking for a final push to get us over the top for completion by the end of this year.

Top quality documentary films are not cheap. Our total budget of $150,000 is really amazingly low largely because of the volunteer work that has gone into the production. For the final $15,000 that we need to complete post-production tasks, we have decided to reach out to the community of Monadnock for “crowd funding” . Now is your opportunity to help complete this project. We have begun a fund raising campaign through Indiegogo, the world's largest global crowdfunding platform. Any help no matter how small would be greatly appreciated and donating is easy AND rewarding. We are offering some nice thank-you gifts from Mt. Monadnock Magnets and Rabbit Ear Films caps, to your name in the films credits. If you are really generous we might make you an “executive producer”.

Please check out our Donation Page and help tell the story of our unique mountain . 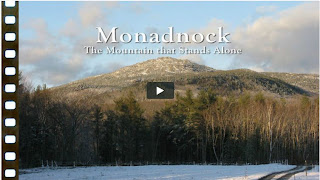 Check out our film trailer at:  Extended Trailer


The mountain is calling to you.