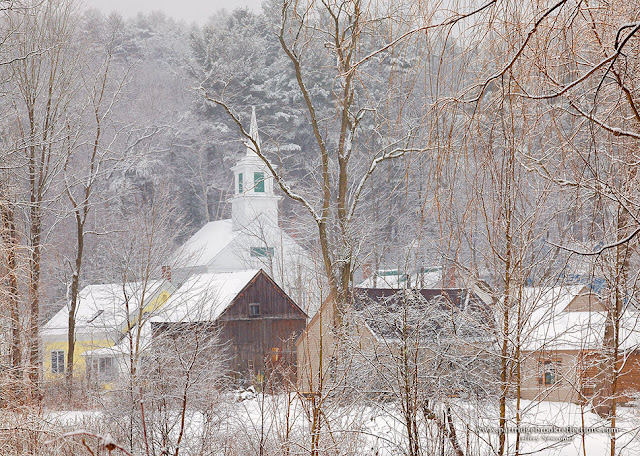 Finding the Best Way to Skin the Cat : Is there a Bad Way?

Photoshop usually provides more than one way to solve a problem. The fun is to find the easiest and most effective technique, but the newest and flashiest approach is not always the best.

My photography lives and dies with Photoshop. All my pictures pass through the program as they progresses from a flat RAW image to a picture which reflects the brilliance and drama of the scene. Photoshop is a miraculous program and every few years, when the next version arrives, it gets even better . Whenever a new version is announced the debate begins about whether the improvements are worth the expense of the upgrade, but, given the hours that I spend using the program, it always make sense to use the latest version.

What's in an Upgrade?
Over the years, most upgrades have touted a number flashy new features. Not surprisingly, Adobe aggressively markets the flash, anything that looks cool in a two minutes on-line tutorial. In recent years new features have included HDR, Content Aware Fill, Content Aware Move and Puppet Warp. These are all neat tools but have limited usefulness and they never seem to work as well as they appear in the tutorials. For me the real improvements are often much more subtle, and with greater impact on my day to day work flow. Important, recently added, enhancements have included significant improvements to the selection tools, vibrancy control, Shadow and Highlight controls, the magic Auto-Align and Auto-blend tools, and improved cloning tools. These and other practical improvement have made my photo editing much easier, quicker and more precise.

Don't get me wrong, I am an avid geek and I am always looking for excuses to play with the flashy stuff. I occasionally use Content Aware Fill, to help in the process of cleaning up my images, but it is seldom that I a find situation that calls for some of the other more specialized tools. One of the great things about Photoshop is that there is generally more than one way to solve any particular problem. The trick is to find the one that is the simplest and most effective. Sadly, simplest and most effective are seldom the same approach.

An Unnecessary Example (Moving the Branch)
Recently I caught an image of my village of Spofford, New
Hampshire shrouded in fresh white just after a storm. This has become one of my favorite locations, not the least because I can literally see it from my home office window. It is easy to catch the scene in all sorts of light. The view only works when the leaves are down, but I enjoy the effect of seeing the village through a screen of bare trees. It adds to the soft and dreamy feel of the images, but I have always struggle with the one large branch that slashes across the church steeple. Because of an intruding house to the left of my position there is no way to "move" the branch by changing my location. I now feel that the branch does not substantially detract from the stately presence of the church, and adds a natural sense of a village nestled in the woods, but I keep wondering how it would look with the distraction removed. Even more significantly I was intrigued with the challenge of finding the best way to remove this prominent and intertwined feature. I have grown to like the branch right where it is, but I still decided to experiment with different techniques to remove it, including pulling out some of the “flash” of Photoshop CS6.

Cloning ﻿
My first approach was to try simple cloning, trying to pull ﻿

detail  from the surroundings to over-paint the branch. What makes the branch so challenging is that it is quite large and obscures a significant portion of the steeple structure. Cloning is relatively simple where the obstruction lies against a largely random pattern, such as the trees, but it becomes much more difficult against the rigid architectural background. Cloning can be a finicky and time-consuming task. Pieces of uncontaminated background need to found to copy over the problem areas. The final result is the complete removal of the branch. With care, patience and time, cloning can do an effective job. It took about 30 minutes to get a clean repair of this complicated image.  Much of the time was spent finding material to clone over the steeple structure.  It would be nice to find a way to simplify that portion of the repair.

For a second approach, I decided move to the left just far enough to move the branch off the steeple. The house gets in the way of a good, full image, but I selected and pasted the steeple as a separate layer to the original image and then moved it to overlie the difficult to clone structure. The rest of the branch still needed to be cloned but, again this was not a great challenge. Both of these first two approaches remove the branch entirely from the scene, but there is a way to rotate it out of the way while keeping it as a element framing the steeple. Enter the flash.

found in the last couple of versions of Photoshop (CS5 & CS6), Puppet Warping.  Puppet Warp allows selected portions of an image to be rotated around defined pivot points. It is often used to adjust the position of a model's arm or leg, sometimes with a rather grotesque effect. This approach is not perfect and still requires some careful cloning, but, in this case, it had the advantage of moving the branch rather than eliminating it all together. I started by selecting most of the branch and then chose the Puppet Warp Tool from the Edit menu. The tool creates a mesh over the selection that works as a framework that can be rotated around pivot points

placed anywhere in the mesh. In this situation, I placed a pivot point where the branch met the tree and was then able to rotate the branch away from the steeple placing it in a location that nicely framed the spire. The hole left in the image was filled by a combination of Content Aware Fill and cloning, although using the steeple patch from the previous method would have been easier.  This is not the easiest approach but it saved the branch from extinction and, for a tree hugger like me, that is always a big advantage.


This was all great fun, but after it all, I still think I like the picture with the branch untouched. I did this manipulation on a different image than the one that I captured in the midst of a snow storm, but I think I will leave the original picture unchanged. I apologize for rushing through these techniques. There are great tutorials all over the internet that discuss them in exhaustive detail. The point here was to show that Photoshop provides different way to reach the same goal. It is part of the power and fun of this remarkably pliable program.

Posted by Jeff Newcomer at 2:12 PM