One of the essentials of good photographic composition is the use of techniques to draw attention to the subject of the image. We refer to this as "drawing the eye to the subject", but whatever it is called, it is a key part of adding coherence and impact to your images. There are many ways to effectively draw the eye, but as I searched through my images for good example, it became clear that the best approach is often a combination of more than one. Here are a just a few of my favorite eye magnets.

Positioning, Rule of Thirds
The positioning of your subject can have a strong effect on the focus
of attention. Years ago when I was getting more serious about my photography, a gentleman approached to compliment my images. He particularly liked my eye for composition and my "effective use of the Rule of Thirds". I thanked him and then rush home to look up "Rule of Thirds". All I knew was that I 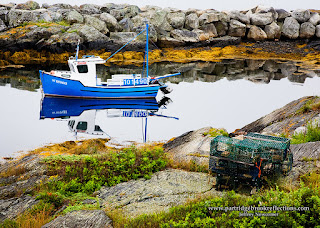 had a sense that a subject looked better when it wasn't placed in the middle of the image. Who knew I was applying a "rule"? The Rule of Thirds is merely a graphic representation of the observation that subjects are more visually pleasing when they are placed away from the center and near the intersections of lines drawn to divide the image into nine equal rectangles. It seems to be based on connections deep within our visual cortex. These rules are all made to be broken, but the point is that the eye tends to be drawn to these points on the image. It works. Look it up. I did!

Leading lines refers to the the use of lines running through an image to
point to the center of interest. Diagonals are especially powerful, not only to focus attention but also as elements that add a dynamic sense of movement and life to an image. The lines don't have to be actual straight "lines". Curves or aligned elements in the scene, such as trees, rocks or even people can point to the center of interest.


Selective focus
Landscape photographers often work to capture sharp focus from
foreground to distant subjects. For me, ridiculously broad depth of field has been a persistent obsession. Wide angle lens, small apertures and image stacking are all useful to reach the goal of razor sharp DOF. Old habits are tough to break, but increasingly I have been using shallow, selective focus as another technique when I want to simplify an image and highlight the key features. A couple of weeks ago I was shooting the corn stalks in the fog
around Walpole, New Hampshire. I found one ear of corn which was trapped by
encircling vines. After my usual focus stack to get full DOF, I opened up the aperture to selectively focus on the lonesome ear. I felt that the dried corn stood out best against the soft background. These days my approach to landscape focus is to first capture the images I need for full depth of field, but then finish with a few wide aperture shots to give me the option of isolating the key element(s) with selective focus.


Color
The use of bright color can also make a subject stand out. The key is to watch the background for contrasting, noncompetitive color. The background colors can also be desaturated in post-processing. I try not to overdo this type of manipulation, but it is all a matter of taste and some photographers choose to completely desaturate the background for maximal, but artificial, effect. In black and white images, similar effects can be achieved with contrasts of texture and light.

Spotlighting
Lighting can be used to highlight important regions of an image. It is great when I can get natural light to spotlight a subject, and occasionally a splash of properly color balanced flash can be effective. I have previously discussed the use of masks in post-processing to spotlight subjects and to add a sense of depth. I will often use this spotlighting technique to add a splash of
brightness and diminished contrast at the distant end of a receding dirt road or trail. The same approach can be used to draw attention to faces or other important elements. It often takes just a touch of brightening to make a surprising difference. The key is to avoid making the effect so strong that it becomes obvious. 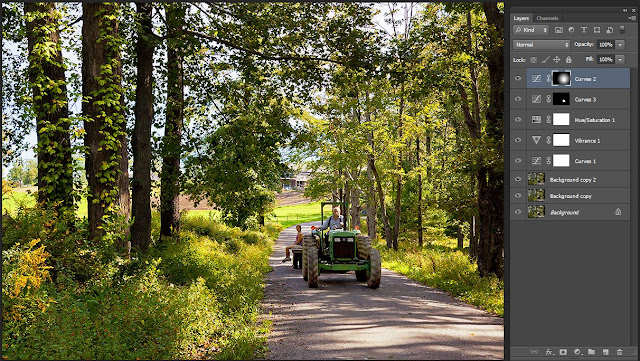 All these approaches can work wonders on your compositions adding coherence and balance, but as I mentioned the best results often come from a combination of these techniques. The decision about which to use will be dictated by the scene. Just keep focusing on drawing the eye.


As important as it is to draw the eye to your subject. it is equally critical to avoid elements that might divert the eye from the path you have created.  Next week's blog is about avoiding and removing the distractions that can weaken your compositions.