An Autumn Weekend Without Foliage 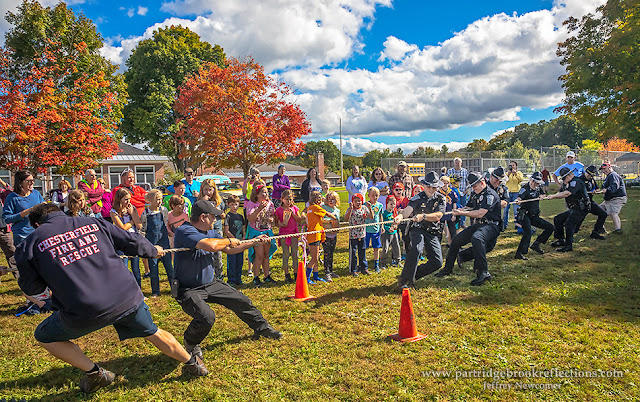 It seems that this year’s fall color has been reluctant to show.  It is beginning to spread, but around the Monadnock region, Columbus Day weekend has traditionally marked the peak of color, and I have seen only occasional isolated trees that have bravely filled with reds and golds.  The majority seem reluctant to leave summer. 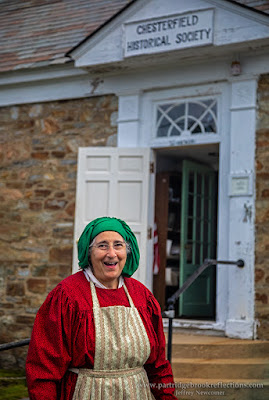 People are always eager to retrospectively arrive at plausible explanations for the state of each year’s autumn show.  I am sure that this year the delay and early dullness of the leaves will be blamed on the summer heat and heavy rains, but I remember that this summer many pundits predicted a brilliant autumn season.  I should add that, on a tour today around Chesterfield and Westmoreland, the colors are beginning to build. With luck, the show may be good by the time of my foliage workshop next week. 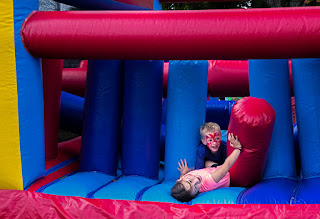 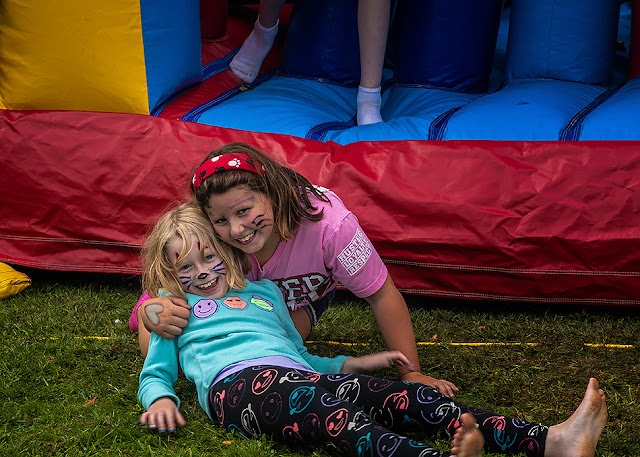 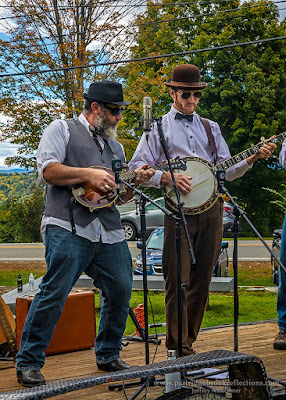 I live in hope.  I recall many years when the color was slow to develop, but eventually, and over just a few days, it exploded in a wave across the region.  In scheduling my annual Fall Foliage Weekend Workshop, I traditionally plan for the weekend after the Columbus Day holiday.  I like to avoid the crowds and people often have events planned for that weekend.  I always worry that the best color might have past by the late date, but increasingly it seems that the peak has moved later, and my weekend has become a better bet. The climate changes caused by global warming might be as good an explanation as any.

Of course, we live in New England and have long learned to take what nature gives us and nature almost always gives us something wonderful to work with.  Last weekend I was out scouting for fall and finding scant color, I began looking for other features of our New England autumn. 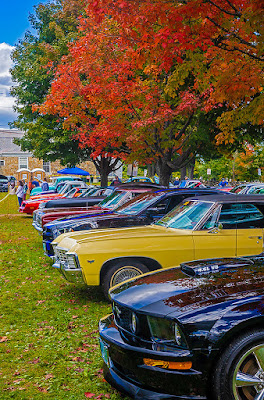 One of the great attractions of autumn in New England is the many harvest festival and markets.  New Englanders know what’s coming as the long cold winter approaches and before the dark descends, they are ready for one more party.  In my town of Chesterfield the party comes in what has become an annual Old Home Days.  It all started back in 2011 when the town celebrated the 250th anniversary of its founding.  It was a great event and I was asked to photograph the festivities. 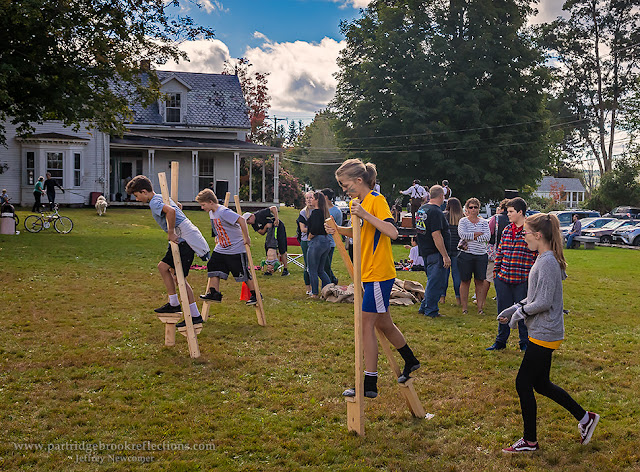 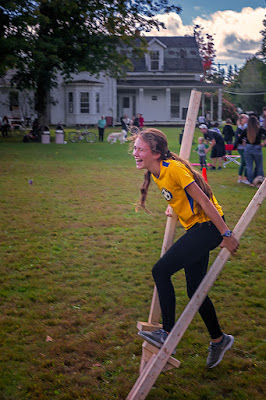 This year I could only make it late.  I missed the Three-Legged Race, the Cornhole Tourney, the seed spitting contest and, most tragically, I didn’t catch the pie eating contest.  Still there was much excitement to experience and to photograph.  I watched the stilt race, the bouncy obstacle course and the Grande finale, the “Great Tug of War” between the Fire and Police Departments.  Most important were people.  My neighbors and their kids were having lot of good old classic New England fun.  It was a chance to celebrate what binds us all together in this tiny corner of New Hampshire.
I appreciate all the work that was done by organizing committee and the many volunteers that made this happen.  By the way, the police won the tug of war, but only because they succeeded in cheating a little more than did the Fire Department. 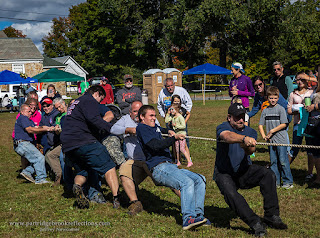 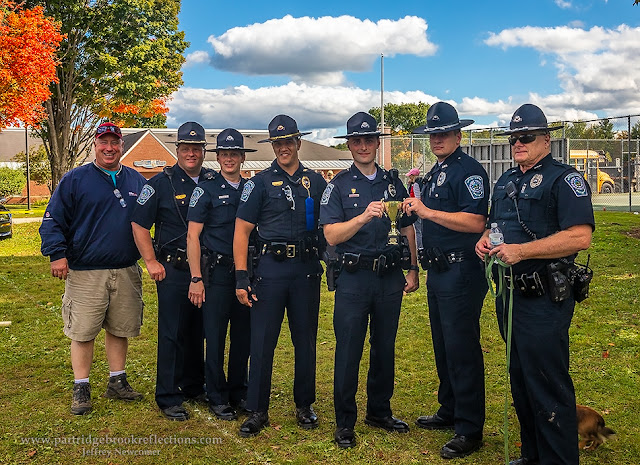 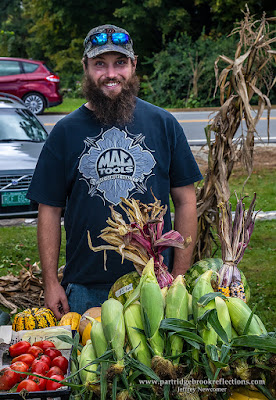 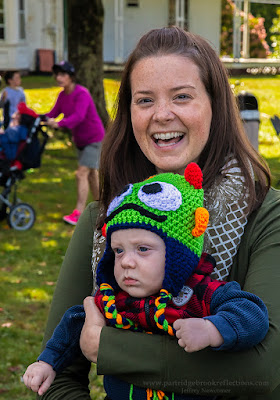 Looking for Color and Ribs
In the evening light after the festival, I headed north in hopes of finding better fall foliage.  I took Route 5 in Vermont along the Connecticut River.  Foliage was the goal, but I also was tasked with stopping for corn at Walker Farm Stand in Dummerston and, since I was heading towards Putney Vermont, I had to grab BBQ at Curtis’ Old School Bus. 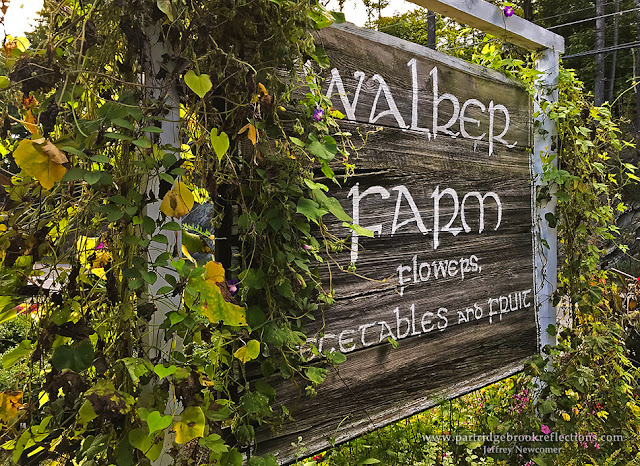 In the summer, Walker Farm is our favorite place to get fresh locally grown produce.  Typically, Susan comes to buy the flowers and vegetables and I come shoot the flowers and vegetables.  The challenge of shooting here is that it is usually dark and cramped.  This time I decided to shoot only with my iPhone.  The phone’s camera has a great wide-angle view and general compensates well for the low light.  I wasn’t looking for fine art prints, so I found that the iPhone worked well.

Curtis’ BBQ has produced great ribs and chicken from the same dilapidated school bus for decades and it has become nationally famous.  Curtis and his wife initially came from North Carolina, and have continued the same formula for over 50 years, simple food and friendly people.  On my visit I met Amos Winter, who grew up in Chesterfield and was a close school friend of my daughter.  Amos is now a Professor of Mechanical Engineering at MIT and annually brings his graduate students up to Putney for ribs and apple picking.  It was a great surprise to see him and I think he enjoyed showing off part of the “village” that gave him his start.   Of course, I was charged with the task of capturing the group photo with Curtis (Now over 80 years old), around the pit. 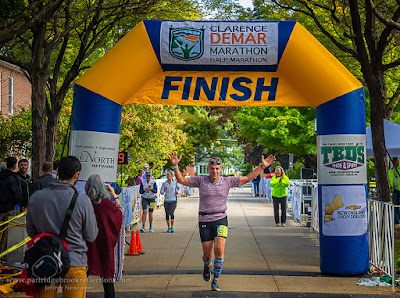 Sunday of my “no foliage” fall weekend was dominated by Keene New Hampshire’s DeMar Marathon.  Susan is very involved with her Rotary Group in the planning and running this event which includes both a full and a half marathon as well senior a kid events.   This was the 41st running of the DeMar, and it has become an important Autumn tradition in the Monadnock Region. 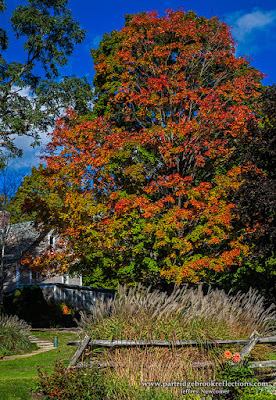 I am anticipating the beautiful color to come, but this last weekend, it was good to be reminded that, in New England, Autumn is a special season, even without the distraction of bright foliage.

Posted by Jeff Newcomer at 5:59 PM