Stability on the Cheap
Of all the equipment available to supplement your photographic efforts and empty your wallet, there is probable nothing as
important as a good tripod. A tripod is obviously critical to stabilize your camera when conditions do not permit sharp, hand-held images, but perhaps more importantly it makes you slow down.  It enforces a level of care in the framing of your images and permits the precise collection of multiple images when attempting focus or exposure stacking. A heavy tripod can also serve as a vicious and readily apparent cudgel when wandering alone in sketchy neighborhoods.  A good tripod can be expensive.  You may pay $400-$900 for a high quality carbon fiber tripod and the ball head will add an additional several hundred dollars. Aluminum tripod legs are cheaper and their increased weight can actual provide enhanced stability.  If you don't have to lug them for miles into the back-country, they can be a good choice.  There is no single perfect choice, but have I have just fashioned a "new" tripod for only $30, that allows me to combine the best of both worlds.

There are Few Things More Expensive Than a Cheap Tripod 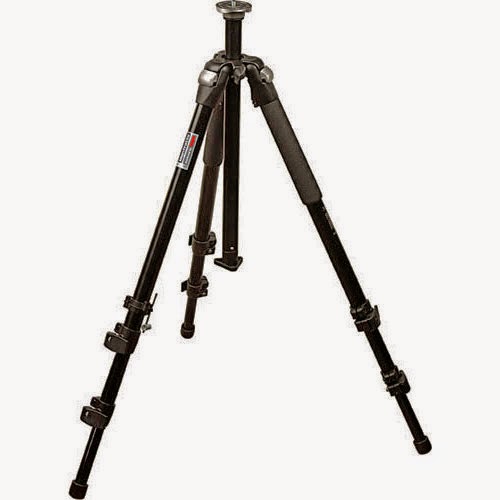 I am sure that at some point I have pontificated about the importance of a high quality tripod. I distinctly remember saying, "You can buy a cheap tripod and end up replacing it every few years, and all you will ever have is a cheap tripod. Or you can spend the money for a good tripod and have a good tripod for the rest of your life".  Although obnoxiously smug, I have taken this commandment to heart and  discarded several flimsy tripods before settling on a sturdy Manfrotto (3021BN) and a Manfrotto ball head. The tripod was not the most expensive I had seen, but it was solid and although a bit heavy, I was happy with its performance. A few years later I decided to invest in a lighter carbon fiber Gitzo Tripod
with a Kirk, Arca Swiss, ball head. The new "sticks" were easier to manage on my backpack and the Arca Swiss head accommodated the new L-Bracket that I had attached to my camera. L-Brackets allow easy switching from horizontal to vertical camera positions with improved stability. The addition of Arca Swiss L-Brackets to my cameras meant that my Manfrotto tripod, with its incompatible head, was immediately relegated to the dust at the back of the closet.

My lite but sturdy Gitzo tripod has served me well for the last seven years. but there have been occasions when I would haveappreciated the greater weight and stability of my old Manfrotto. This has become a significant issue when using my 2x Extender on my 100-400 Zoom. When fully cranked to 800mm, it is a challenge to keep the camera steady, especially when wind is an issue. That sad Manfrotto kept calling to me and I finally decided that I had to do something. I looked at a number of possible approaches to adapting 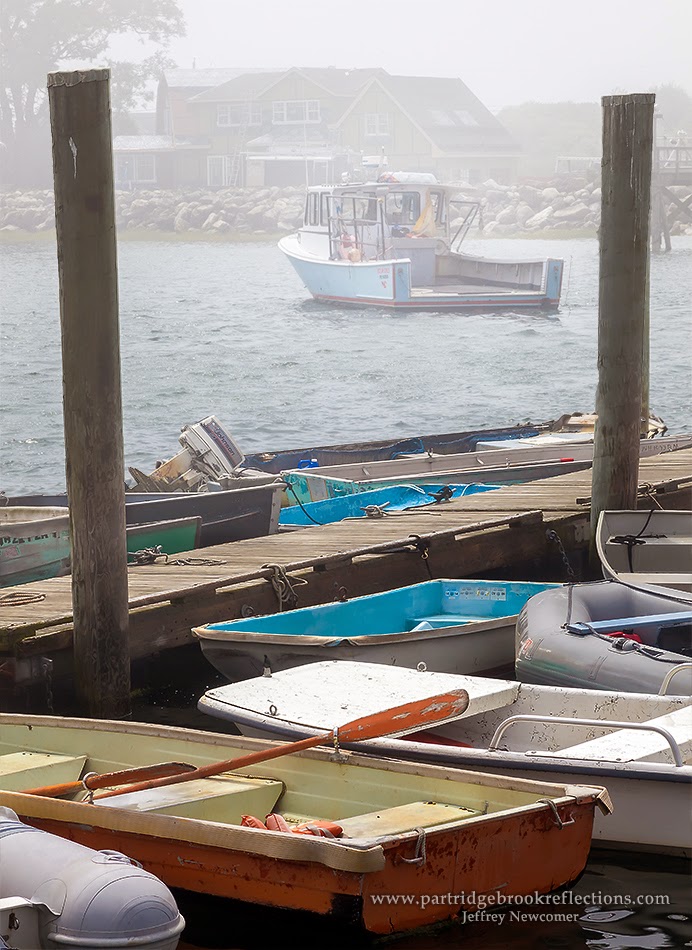 the tripod for Arca Swiss. The most expensive would be to buy a new Arca Swiss Ball head, but I didn't want to spend the several hundred dollars that would be required for a decent head. A search yielded various Arca Swiss adapters that might replace Manfrotto's proprietary system, but they all involved brutally removing the current clamp from the ball with the potential for damage or destruction of the head. 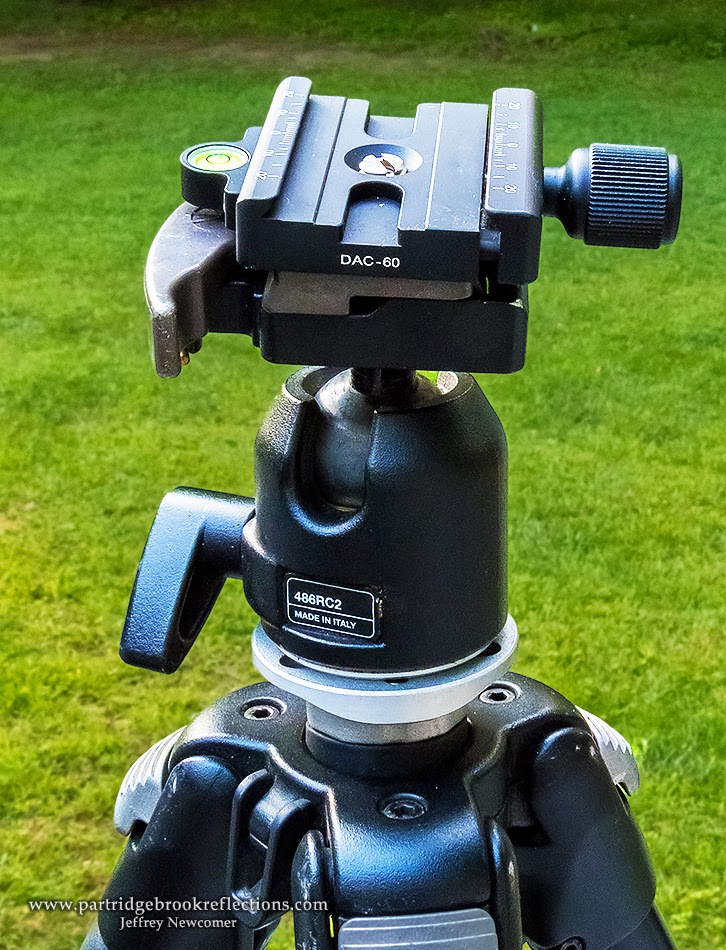 system if needed. The only question was whether this Stacked plate arraignment would be sturdy and stable enough for my gear. I decided that if this didn't work I could always go to plan B and force the Manfrotto Plate from the ball. I chose an Arca Swiss Plate that was not the cheapest available and had generally good reviews. Happily, the $29.95 plate attached firmly. The only modification required was that I had to mount the plate backwards on the Manfrotto system to keep the quick release lever from interfering with the Arca Swiss adjustment knob. 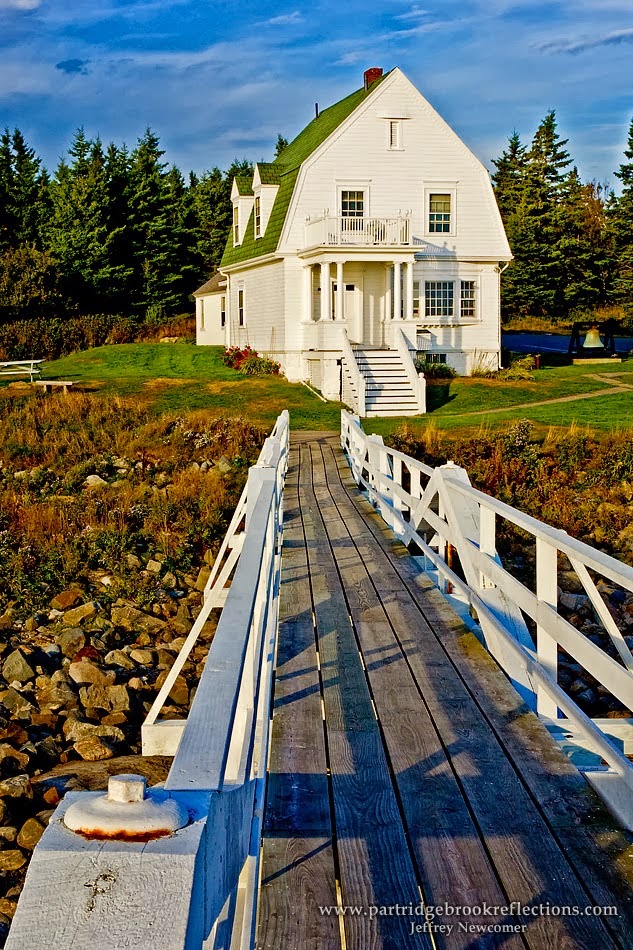 I have been generally thrilled with the results, using my Manfrotto routinely when I'm shooting within easy range of my car and the Gitzo when packing my gear into the woods. So far my modified Manfrotto has be stable and flexible. Camera stability is a critical factor for obtaining sharp images and the combination of a light packable tripod with a more massive set of legs, to be used when stability is more challenging, is a perfect solution. It is especially perfect when the "solution" costs only $30.

Posted by Jeff Newcomer at 4:10 PM