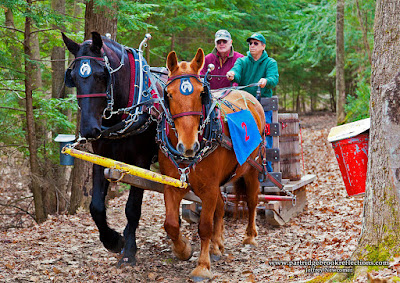 
﻿﻿What do you do to find fresh subjects for photography when you are shooting in familiar locations?


Last week I returned for the fourth year in a row to photograph the ﻿Sap Gathering Contest at Stonewall Farm in Keene New Hampshire.
﻿﻿﻿ Stonewall is a working farm which is run as an educational resource for the community. For some years it has been my privilege to support the farm by photographing some of the many public events offered every year. In return, I have been ﻿﻿﻿﻿﻿﻿﻿﻿allowed special access to the farms activities. The Sap Gathering Contest is a chance to see maple sap collecting using traditional techniques. Horse drawn sleds wind through a forest trail collecting sap from buckets. Teams are judged based on their efficiency and control as well as there speed, but the real winners are the folks who line portions of the course for the opportunity to step back to a time when sap gathering was closer to the land, when the forest wasn't entangled in a web of plastic tubes and the air was free of tractor exhaust. It is a unique experience and I had the advantage of being one of a very few photographers and videographers who were allowed to escape the public viewing areas and follow the sleds through the forest trail.


Over the years I have been able to capture great images of the teams﻿ expertly working their way through the course. Most of best ﻿images came from a few years ago when we were blessed with a idyllic coating of fresh snow. This year our dry, snowless winter provided a rather gray and dull background for any new "sled in the forest" shots and, anyway, it occurred to me that I had about as many pictures of horses and sleds as I will ever need. Of course I had to get the team shots, after all that is what the event is supposed to be about, but in the last couple of years I have also been trying to expand my view. I am working at doing a more complete job of telling the story, and that is what event photography must be about.  So where to start?

Go for the Detail 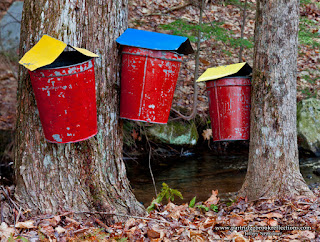 When caught in a rut like this my first approach is usually to start zooming in on the details. It is interesting that I have to literally flip my cognitive "detail" switch to kick myself out of my usual "broad landscape composition mode" and start seeing this stuff. There

was a wealth of detail to celebrate at the sap gathering. The expressions on the horses faces, their ornate and gleaming tack, brightly colored buckets and rusting antique farm machinery all made great subjects. Last year I focused on the misty interior of the sugar shack, but it all makes the point that the specifics often tell a more compelling story than the broad "establishing" shots.


It's All About the People

Of course an event like this is really about the people. The drivers and assistants, the volunteers and the specters all have their roles to play in the story, and this year again I

tried to focus on the faces. The participants often travel from all across New England for the event and I have come to appreciate that they are attracted as much for the comradery as for the competition.  The small army of community volunteers fill many roles that are critical to the smooth operation of the contest, including staffing the gift shop, filling the buckets and keeping the evaporator running.   I particular enjoyed learning from

my interactions with my fellow photographers. Many of these folks concentrate on horse photography and actually know what they're doing out there! In the woods we had great fun jumping in an out of each others shot while trying to avoid disturbing the massive teams that were passing by.

There MUST be an Angle I Haven't Shot Before !


﻿ Finally, You can't shoot the sap gathering without getting the mandatory pictures of the magnificent horse teams. The goal every year is to try to fine different foregrounds and backgrounds that help to tell more than the simple facts of "horses, sled, driver. It has become increasingly difficult to find an angle that I haven't used many times before. This year I tried to incorporate the little stream that parallels a portion of the route. The angles were not easy, but at least it is something different.

﻿﻿ As hard as it can be to find freshness in an event like this, I will continue to come back. It is always a unique opportunity and never quite the same. Over the years I have learned a great deal about event photography and I think I have finally assembled the range of photographs needed to be able to tell a full and coherent story about this great contest. And, of course, I have to come back every year for my wonderful Maple Syrup Sundae.

And A final Tip. If you want gobs of Maple syrup on your sundae, just tell the server that you are a "Professional Photographer" and you need a couple more shots to fully document the generosity of the pour.

You can find out about Stonewall Farms many programs on there web site .You'll find that the farm is about a lot more than just horses and sleds 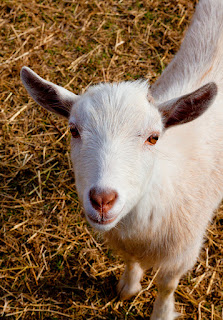