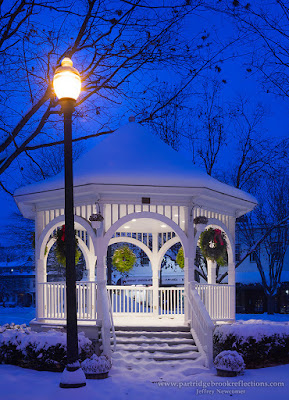 Last week I drop off another seven matted photographs to my favorite “bank gallery”.  I tend to show my work in anyplace that happens to have a wall exposed to the public.  This includes restaurants, coffee shops, churches, senior centers, hospitals and various store fronts during Keene’s annual Art Walk.  Some of my favorite venues are banks and especially The Savings Bank of Walpole. 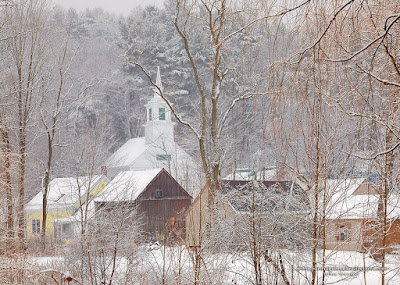 Banks are great places to show my work, first because they actually purchase the art and, when they give me a check, it never bounces.  Also, the customers at banks have time in line to look at the work, and they generally have money in hand.  I must also mention that the people with whom I deal at banks are uniformly appreciative and friendly.  This is especially true of the folks at the Savings Bank of Walpole. 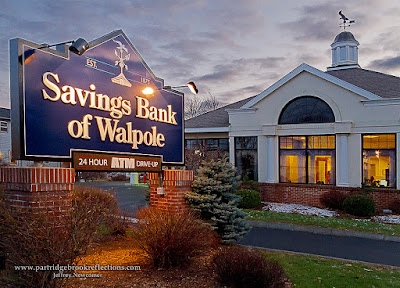 The Savings Bank of Walpole is a full service financial institution, but it devotes special attention to being a strong part of our community and region.  Over the years, the bank has purchased my photographs for their posters throughout the banks, and I have been pleased with the fidelity of the color reproduction. 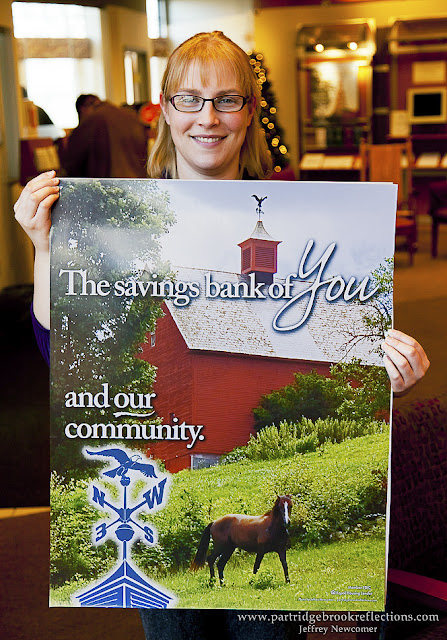 They have many of my framed pictures along their walls and the staff gets to select their favorites to decorate their offices. My pictures have been used for the bank’s holiday cards and they are prominently positioned on their web site.  They even use my images to decorate their debit cards. 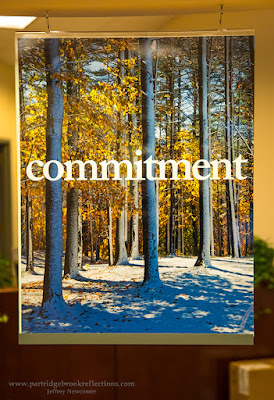 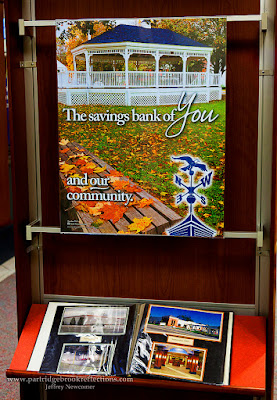 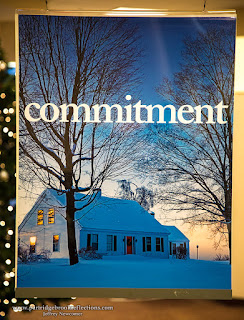 On a recent visit, I counted 14 of my images scattered throughout the bank.  This does not include the seven more pictures that I dropped off last week. It has reached the point that a trip to the bank in Keene is like a visit to my personal gallery.

It has been a pleasure to work with the marvelous people at the Savings Bank of Walpole, especially Martha Curtis who has tirelessly supported my work. 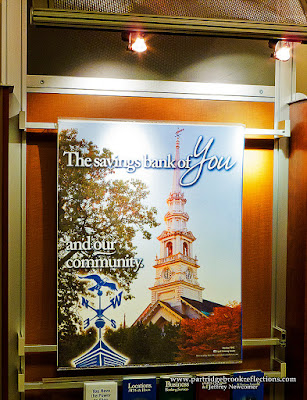 They have all been appreciative and supportive, and always patient when on-going projects delay my deliveries. It is great to work with an organization that has such a strong commitment to our local community.  I hope our association will continue for years to come.

And did I mention that their checks clear. 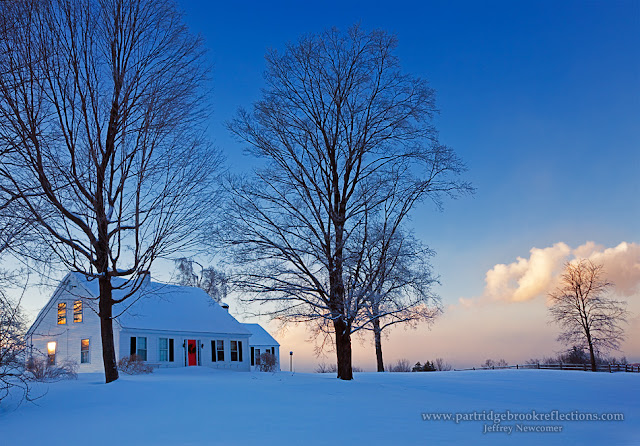 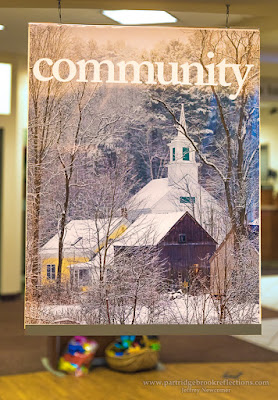 Drop by the SavingsBank of Walpole for all your banking needs AND to check out my personal financial photo gallery! 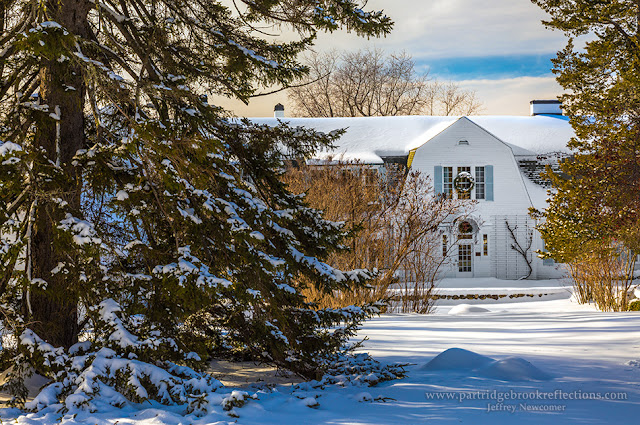 This week we are touring one of New Hampshire’s historic estates, suffused with the magic of The Christmas season.


New Hampshire is home to many grand estates, often built initially to serve as summer retreats, allowing the wealthy to escape the bustle and summer heat of the cities along the east coast.  In the late 19th and early 20th century New Hampshire farms were failing and the state developed a program to encourage the purchase of these properties for the establishment of country retreats for the wealthy inhabitants of the cities.  I have enjoyed exploring Aspet, Saint Gauden’s beautiful artist retreat, in Cornish New Hampshire, and the Castle in the Clouds overlooking Lake Winnipesaukee.  These homes are always much more than simple cabins in the woods and reflect a surprising level of opulence.   Most are now preserved through the efforts of private foundations or the government.  This fall friends brought us to the Fells,  another beautiful example of a New Hampshire retreat, created by statesman and author John Hay.

John Milton Hay was born in 1838.  His life-long career of public service started during the Civil War when he was assistant private secretary to Abraham Lincoln.  He was at Lincoln’s deathbed following his assignation.  Hay was a poet and author, having joined with fellow Lincoln secretary, John Nicolay, to write a definitive biography of our 16th president.

He was an advisor to president James Garfield and served as Ambassador to Great Britain, and Secretary of State to both William McKinley and Theodore Roosevelt.  He was instrumental in the securing of the Panama Canal Zone and negotiated the Open-Door Policy, which kept China open to trade with all nations. 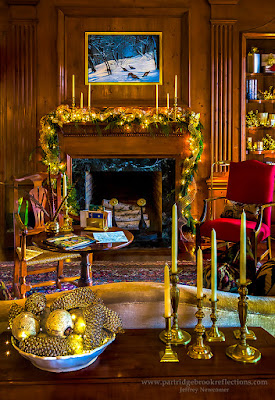 In the late 1800s Hay secretly began buying up old farms in New Hampshire for a summer retreat.  The Fells is located on nearly 1,000 acres along the eastern side of Lake Sunapee in Newbury New Hampshire and is named for the Scottish word referring to highland pastures.  The property’s wildlife preserve and an extensive tail system are now managed by the Society for the Protection of New Hampshire Forests and the US Fish and Wildlife Service. 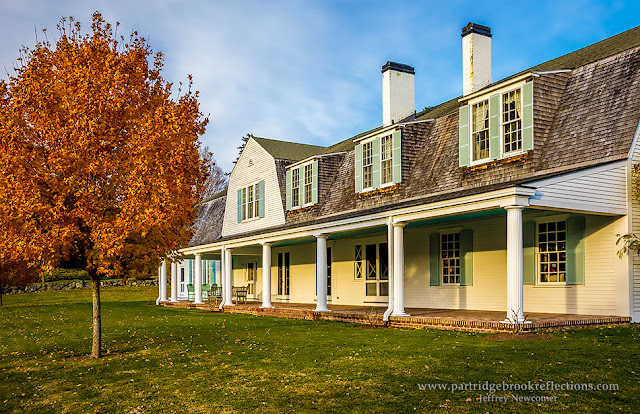 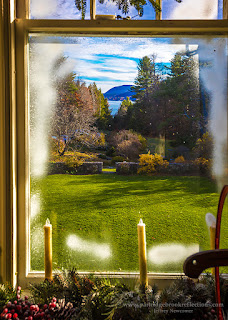 The Estate includes a house which was built 1891 by John Hay and later expanded and refurbished by Hay’s son Clarence, and his wife Alice Appleton Hay.  The house and 84 acres of surrounding gardens are now owned and lovingly managed by a private nonprofit organization. 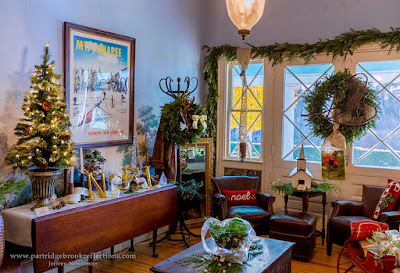 John Hay died of a stroke at the Fells in 1905 and the property passed to his only surviving son Clarence.  From 1906 through the 1930s Clarence and Alice expanded and remodeled the house.

They developed the grounds, transforming rock strewn sheep pastures into formal gardens.  In 1929 Clarence oversaw the construction of large rock garden facing the open corridor to the lake.  This corridor allows the only view to Lake Sunapee.  Clarence and Alice disliked the disruptive motor boats on the lake and allowed the forest to grow in, obstructing all but this narrow window on the water. 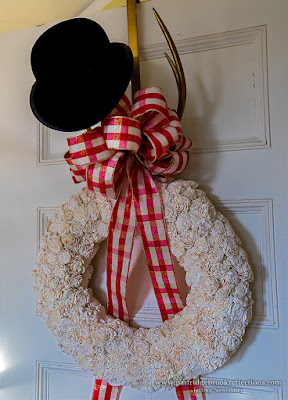 Susan and I first visited the Fells in November 2016 on the occasion of their  “Annual Christmas at the Fells”.  We couldn’t have picked a better time to see the house in its best light.  During Christmas at the Fells, each room of the estate was decorated for the season by a different designer.  Each room displayed a different flavor of the holiday, but they were all beautifully dressed.  For me, the best part was that photography was allowed throughout the house.  I ran around like a child in a candy shop.  I didn’t feel comfortable dragging a tripod through the house, so I did the best I could with my monopod/cane.  It has been six months since my hip replacement and I no long needed the cane but occasionally it is a useful prop. 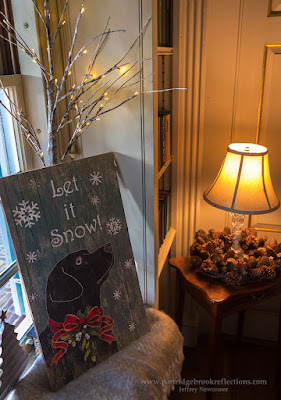 In the close quarters,  I shot mostly with my 16-35 wide angle lens.  There was bright sun shining through the windows, but I often managed hand-held multiple exposure captures to assemble into HDR images showing the full range of brightness. 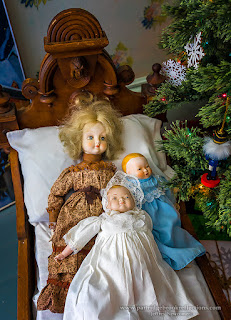 Even with the elaborate decorations, it was clear that the Hay family maintained the Fells as a quiet haven to rest and recharge from lives filled with action, duty and struggle.  I was entranced as I wandered through this historic home, and felt transported back to the early 20th century. 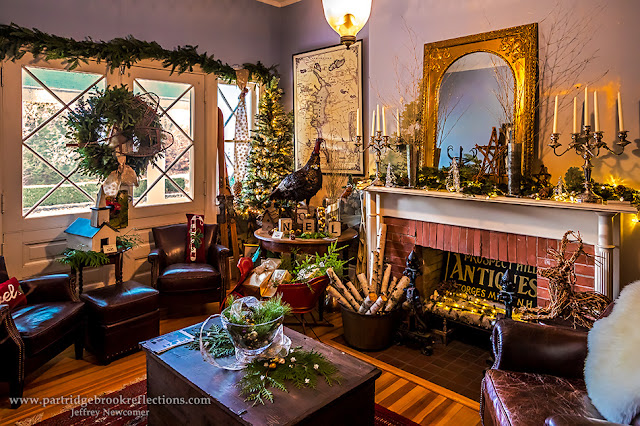 Most of the furnishings and decorations were far from the originals, but I could still feel a presence.  This sense of history was enhanced by the personal items that remained, including a captivating portrait of Alice Appleton Hay in the library.  Clarence died in 1967, but Alice continued to summer at the Fells until her death at the age of 92 in 1987.

Every room in the house seemed to have its own Christmas tree and the volunteers at the Fells elaborately decorated their own tree offering it as a prize for a raffle.  This never happens, but we actually won the tree, and it is now proudly in our sunroom. 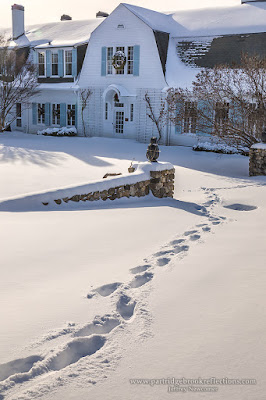 Since this is an article about Christmas at the Fells, I felt compelled to return to Sunapee to capture the house in the snow.  It was a lovely clear winter day.  The house is closed during the winter, but the grounds are always open.  I strolled the ¼ mile road and then circled the house shooting from all angles as I trudged through the knee-deep snow.  On my way back, I stopped at the Gate House office for chat with the staff.  They were extremely helpful and gave me more information about the estate and the family that created this special retreat.  I look forward to returning to the Fells in the spring and summer to see its gardens and walk the trails through the John Hay Wildlife Refuge.

For more information about the Fells, check out their website:


Check out more images in my Christmas at the FellsGallery:

Jeff Newcomer, NEPG
partridgebrookreflections.com
603-363-8338
Posted by Jeff Newcomer at 8:53 PM No comments: Links to this post